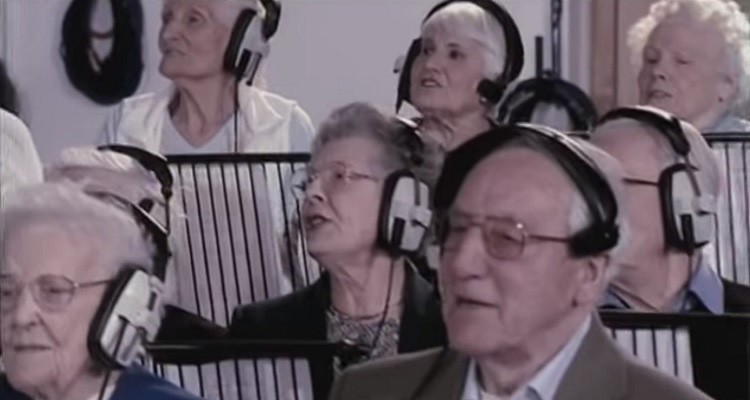 Every once in a while I’ll stumble across a video on Facebook that really makes me think.

That’s exactly what happened today. I have never seen this video before, but according to the information I could find, it was recorded in 2007. I’m not sure how, but I’ve missed this recording for 9 years! How did that happen?

It’s a recording of The Who’s hit “My Generation”. It’s done, according to the information on YouTube, by a group calling themselves “The Zimmers”. They claim they are the world’s oldest rock band. The band has a combined age of 3,000!

A BBC documentary-maker named Tim Samuels set out to make a film about how badly the elderly are treated in Britain. He came up with the idea to form a band with the lonely old people he finds in old age homes, bingo halls, and other places that people of that age would gather. Record label owner Neil Reed and U2 producer Mike Hedges also were on board. The men believed that the elderly should be given a voice. The were able to secure access to the Beatles’ old studio at Abbey Road to record the song and video.

On the song you will hear 40 senior citizens. There is a 99 year old named Winnie, A man named Buster who is 100 years old and many others. The lead singer, Alf, was 90 years old when the song was recorded. They had no musical background.

The band became an overnight sensation. Their video went to #1 on YouTube. And I’m not sure how I missed all this!

Unfortunately, I could not place the video within this post for you to watch. However, you can see the video by clicking here.

It just goes to show, that age no longer has the limitations that it used to. You keep hearing that “(insert age) is the new (insert age)”. Is 50 the new 30? Is 60 the new 30? I have always felt that you are only as old as you will let yourself feel. There’s an old saying that goes something like “You have to grow old…but you never have to grow up”. That’s kind of the motto I have in my life. I’m not going to let my age (currently 53) stop me from doing anything. Sure, it might take me a little longer to recover from an activity, or I might not do it quite as well, or be as agile as someone younger than me…but that’s not going to stop me!

So if there’s something you’ve been considering doing and you think you are too old… Don’t believe it! Don’t let age stop you. Go do it! Hmmm, maybe a “spring break” vacation is in my future!