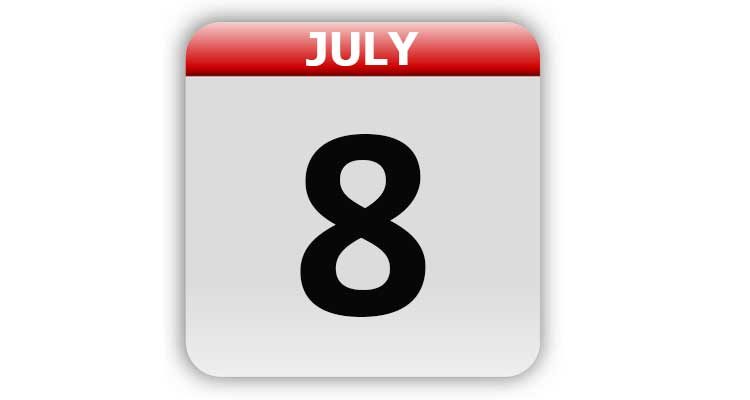 1776 – Church bells (and the Liberty Bell) rang after Col. John Nixon delivered the first public reading of the United States Declaration of Independence at Independence Square in Philadelphia, PA.

1879 – The first ship to use electric lights departed from San Francisco, CA.

1907 – Florenz Ziegfeld staged his first “Follies” on the roof of the New York Theater in New York, NY.

1932 – The Dow Jones Industrial Average reached its lowest level of the Great Depression, closing at 41.22.

1948 – The U.S. Air Force accepted its first female recruits into a program called Women of the Air Force (WAF).

1958 – The first gold record album was presented by the Recording Industry Association of America (RIAA). The award went to the soundtrack “Oklahoma!”

1985 – “Playboy” and “Penthouse” magazines went on sale that both featured nude pictures of Madonna.

1988 – Stevie Wonder announced he would run for mayor of Detroit in 1992. He never ended up doing so.

2000 – J.K. Rowling’s “Harry Potter and the Goblet of Fire” was released. It was the fourth book in the Harry Potter series.

2016 – The animated film “The Secret Life of Pets” premiered in theaters.

2021 – President Joe Biden announced that the official conclusion of the United States involvement in the War in Afghanistan would be on August 31, 2021.

Be a Kid Again Day

Tags: A Look Back, Celebrity Birthdays, Days of the Year, July 8, Today in History