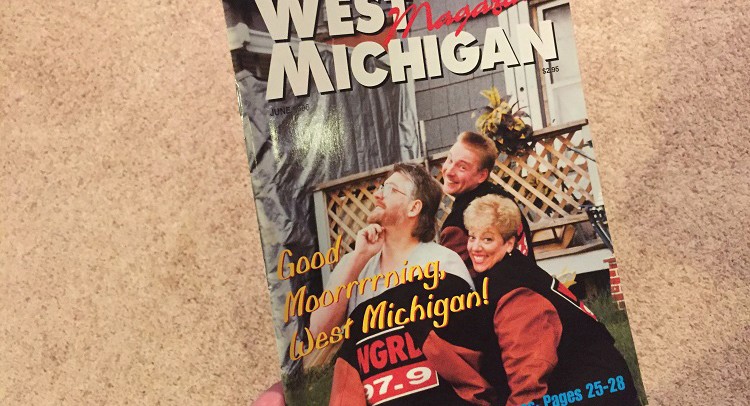 It was the first time I appeared on a magazine cover… Come to think of it, it was the last time as well! It was the cover of West Michigan Magazine back in June of 1996.

They did an article about different morning shows that were “on the air” in the area. Along with “Rick, Darla, and Scott”, the shows that were mentioned included Gary Allen and Ray Bentley, Andy Rent and Dennis Sutton, Neal and Reese, and Mark McGill and Sabrina Fairchild. There are only a few of us on that list that are still “on the air” in West Michigan. I have to admit, it was definitely a great bunch of professionals in the business back then. The competition just made for a much better morning show.

Several people have asked to see the article. I have scanned those pages from the West Michigan Magazine. You can get the pdf of the article by clicking here.

Oh, by the way, many people have asked where that picture was taken. It was over on the west side of Grand Rapids (on Seward Avenue I believe). We referred to it as the “Beckett Mansion”! (I think the house has been bulldozed — as it should have been!)