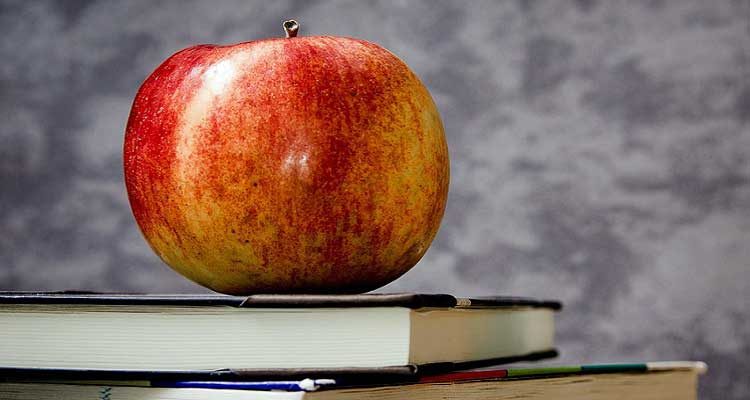 1970. The first episode of TV’s “All My Children” was broadcast. A few iconic cars made their debut: AMC introduced the Gremlin, the Chevy Vega was rolled out, and we saw the Ford Pinto for the first time. Paul McCartney announced that The Beatles are breaking up. Apollo 13 blasted off towards the Moon, only to have an oxygen tank explode that forced the crew to abort the mission, and return safety to earth a few days later, splashing down in the Pacific Ocean. The first Earth Day was celebrated in the United States. President Richard Nixon signed a measure lowering the voting age to 18. And PBS began broadcasting.

In September of 1970, I would have been entering the 2nd grade at Sibley Elementary School in Grand Rapids, MI. There was a new teacher on the staff that year. Her name was Mrs. Spencer. She would be teaching a split 2nd/3rd grade class. When class assignments came around — my name was called to go to her class.

Mrs. Spencer, and her two boys, had just recently moved to Grand Rapids from Indiana. Even at the age of 7 I remember noticing her accent when she talked. I think it was my first realization that people from other parts of the country talked differently than us Michiganders.

Back in those days, teachers were looked at as iconic figures… role models. People that student and parent alike looked up to. Sadly that’s not the case as much today. I remember how, as students, we never really got to know much about our teachers. They were in their classroom with us every day, but we didn’t know anything about their personal life…were they married, how many kids did they have, where did they live? Mrs. Spencer was the first teacher that broke that barrier for me.

She had two sons, Jay and Todd. Jay was a year younger than me. Mrs. Spencer introduced me to Jay in hopes of helping him find some new friends in his new hometown and school. Jay and I became great childhood friends. Mrs. Spencer and her boys lived just a block or so away. It was the first time I ever visited a teacher’s home, or knew anything about teacher’s family. It was almost like visiting the home of a celebrity the first couple of times I went to their home. It was so weird to see Mrs. Spencer in casual clothes instead of the business dress she wore to work to teach her class.

I remember sitting at their house and listing to Jay’s 45 rpm record of The Tokens “The Lion Sleeps Tonight”. We spent a lot of time together. At one point my mother, Gloria, babysat for both Jay and his younger brother Todd while Mrs. Spencer was a work.

One moment from Mrs. Spencer’s class that has stuck with me all these years is when she tried to teach me about accents and how many syllables a word had. She had a tough time convincing me that “Scott” was only one syllable. In my mind, it wasn’t just “SCOT”, but there was an extra “T” so as far as I was concerned it was supposed to be pronounced “SCOT-ta”, with the accent on that first syllable. Don’t be short changing that second “T” in my name! It was there for a reason and I wanted to hear it pronounced!!

A few years later the Spencers moved to the other side of town. Jay and I kept in touch a few times, but it was tough arranging for an adult to drive us back and forth so that we could hang out. Over the years, everyone kind of lost touch with each other. It’s been probably 45 years since I’ve seen, or talked to, Mrs. Spencer.

With social media, like Facebook, I was able to reconnect with Jay and Todd. I was also able to tell them to let their mother know I said “hello” from time to time, and wish her a “Happy Birthday” every year.

If I had to compile a list of my top teachers, she would easily have been in the top 5. I found out today that Mrs. Martha (Spencer) Whiteman has passed away. I will always be grateful for the lessons I learned, both in, and out, of the classroom from Mrs. Spencer and her family.