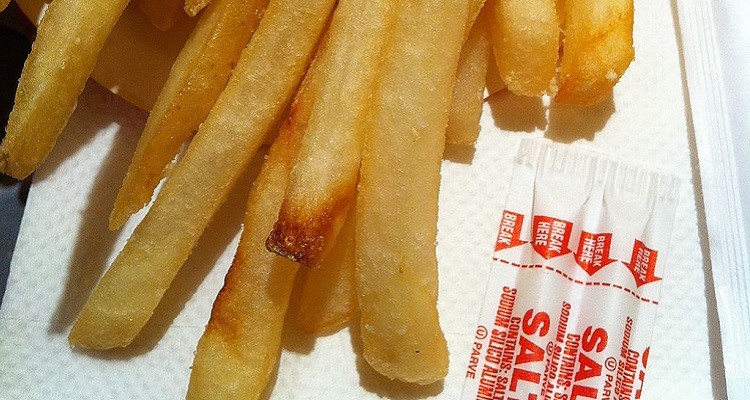 This is the story of my recent visit to a fast food restaurant. No names will be mentioned. And, I’m just as much to blame as anyone else. I’ll explain in the story…

The other day I was out and about and wanted a quick dinner. So I pulled into my “go to” fastfood restaurant to get some food to sustain my life for a few more hours.

As I pulled up to the little speaker box, the conversation went something like this…

SPEAKER: Can I take your order please?!

SPEAKER: No, but I can do the two cheeseburger meal minus the cheese. (Note: Believe it or not, instead of giving you a regular hamburger it is actually a special order that way! And, you still get charged for the cheese.)

ME: No thanks. I’ll just do two regular hamburgers and a large diet.

SPEAKER: OK, please pull ahead to the first window for your total.

Now at this point, I SHOULD have looked at the screen to double check my order but I didn’t (MY fault). So I proceed to the first window to pay for my purchase. Everything went as smooth as could be expected at this window, so I proceeded to the 2nd window.

UNFRIENDLY LADY AT THE WINDOW: Here is your order (As she hands me just a bag of food…no drink).

ME: There is suppose to be a large diet with that. (She looks at me puzzled…I open the bag and see two hamburgers and a Large fry). I didn’t order a large fry, I ordered a large diet.

LADY AT THE WINDOW: (Rolling her eyes and reaching for the bag). OK, one second.

At this point she takes the bag of food back into her “magic” window and hands it off to someone behind her. She then fills a large cup with diet soda and hands it to me. A few seconds later she passes another nicely folded over bag to me through her “magic” window and smiles. I take the bag, say “thank you” and pull away. I wanted to get out of the restaurant parking lot and onto the road before I started to eat.

Once I was back in traffic I opened the bag…only to find…a large fry — not a single burger. Now at this point I’m rolling my eyes. I’m too far down the road to go back. I guess tonight’s dinner was going to be a large fry and a large diet.

So I reach in and grab one of the fries…it was the most salty fry I have EVER had in my entire life. (I really don’t like salt in the first place.) Did they actually put that much salt on the fries? Or did they perhaps add “additional” salt after I complained about my order? I’ll never know.

After attempting to eat a second fry by trying to brush off as much salt as I could, I just gave up and decided that dinner was just going to be a diet soda — the shaker’s worth of salt and fries got trashed.

Lesson learned. I SHOULD have checked the screen to make sure my order was correctly entered into the system. That would have probably eliminated the problem all together. So I accept full responsibility.

I think I know now why the unfriendly lady smiled so much when she handed me my order! “Would you like some fries with your salt”?

I needed to start a diet anyway!

Up next, our “Saturday Night Live” musical guest…

At least my experience wasn’t quite this bad…