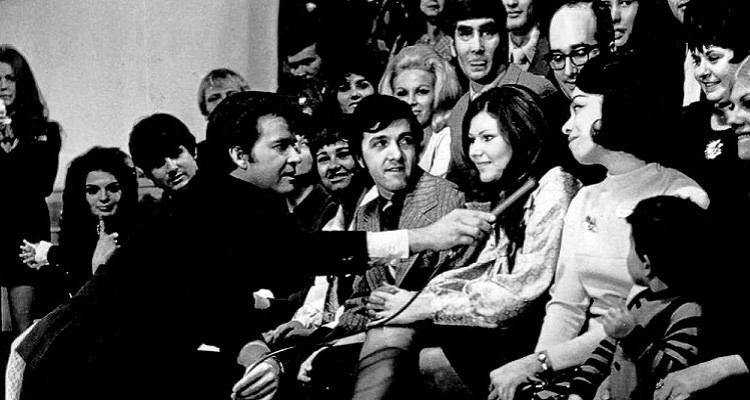 The show originated from Philadelphia. It had been a local program, named just “Bandstand”, that started in March of 1950 with host Bob Horn. Dick Clark eventually replaced Horn in 1956, prior to the show kicking off on ABC TV in 1957. The show continued until 1989.

We had a chance to talk to Dick Clark on “The Rick and Scott Show” in November of 1999. He was on the air with us to talk about the new game show he was producing — called “Greed” — that was hosted by Chuck Woolery. Here is a clip from “Greed”…

(Rick makes mention of Curtis’ wild hair in the interview!)

After we talked about the show, we asked Dick about his new, limited role on the New Year’s Rockin’ Eve show beginning in the year 2000. We also asked about his “American Bandstand” days.