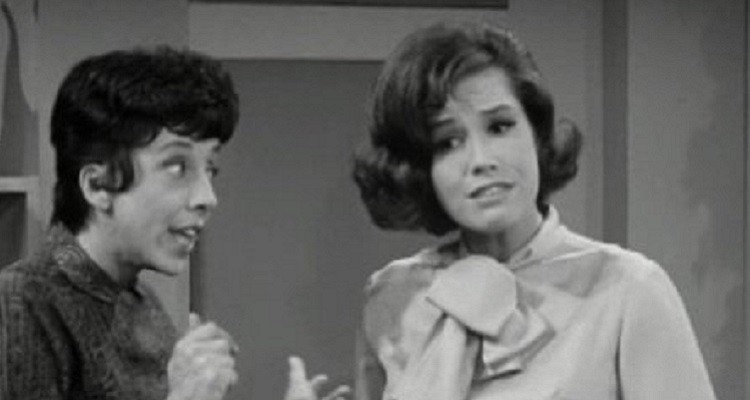 This is another one of those actresses where you won’t necessarily remember her name, but once you hear the name of the character she played, you will instantly know who I’m talking about.

Ann Morgan Guilbert played “Millie” on “The Dick Van Dyke Show” back in the 60s. She died on Tuesday, June 14th at the age of 87 of cancer.

In more recent TV appearances, she had a starring role “Getting On” and also a guest role on “Grey’s Anatomy”. If you watched the 1990s sitcom “The Nanny” you would recognize her from her character Grandma Yetta. She also had many one time roles on other TV shows as well, including “Seinfeid”, “The Patridge Family”, “The Bob Newhart Show”, “Cheers”, “I Dream of Jeannie”, and “My Three Sons”. She is probably most well known though as Millie Helper from “The Dick Van Dyke Show”.

To read more about Ann Morgan Guilbert, here is her information from Wikipedia.org.