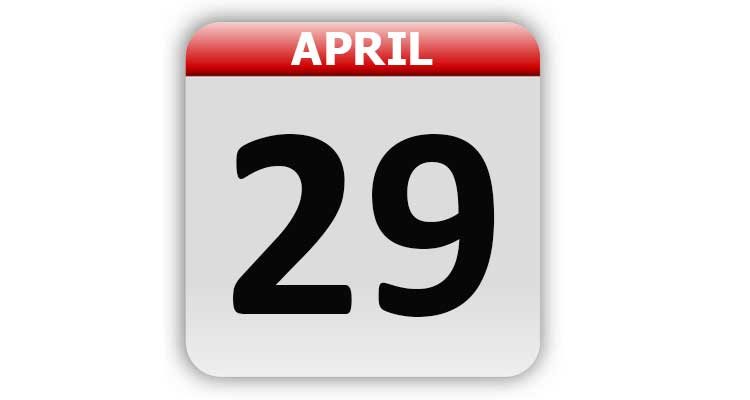 1852 – The first edition of Peter Roget’s Thesaurus was published.

1879 – In Cleveland, OH, electric arc lights were used for the first time.

1927 – Construction of the Spirit of St. Louis was completed for pilot Charles Lindbergh.

1941 – The Boston Bees agreed to change their name to the Braves.

1952 – IBM President Thomas J. Watson, Jr., informed his company’s stockholders that IBM was building “the most advanced, most flexible high-speed computer in the world.” The computer was unveiled April 7, 1953, as the IBM 701 Electronic Data Processing Machine.

1960 – Dick Clark told the U.S. House of Representatives that he had never taken payola for the records he featured on his show “American Bandstand.”

1981 – Steve Carlton, of the Philadelphia Phillies, became the first left-handed pitcher in the major leagues to get 3,000 career strikeouts.

1985 – Billy Martin was brought back, for the fourth time, to the position of manager for the New York Yankees.

1988 – The Baltimore Orioles set a new major league baseball record by losing their first 21 games of the season.

1990 – The destruction of the Berlin Wall began.

1992 – Rioting began after a jury decision to acquit four Los Angeles policemen in the Rodney King beating trial. 54 people were killed in 3 days and hundreds of buildings were destroyed.

1996 – The TV Land Network debuted with shows like “St. Elsewhere”, “The Addams Family”, and “Hogan’s Heroes”.

2003 – Mr. T filed a lawsuit against Best Buy Co. Inc., that claimed the store did not have permission to use his likeness in a print ad.

2004 – The last Oldsmobile ever produced rolled off the Lansing, MI assembly line, ending 107 years of production.

2011– Prince William and Kate Middleton were married at Westminster Abbey in London after months of hype.

2015 – A baseball game between the Baltimore Orioles and the Chicago White Sox set the all-time low attendance mark for Major League Baseball. There were no fans in attendance for the game. The stadium was officially closed to the public due to the 2015 Baltimore protests.

National Poem In Your Pocket Day

We Jump the World Day

Tags: A Look Back, April 29, Celebrity Birthdays, Days of the Year, Today in History