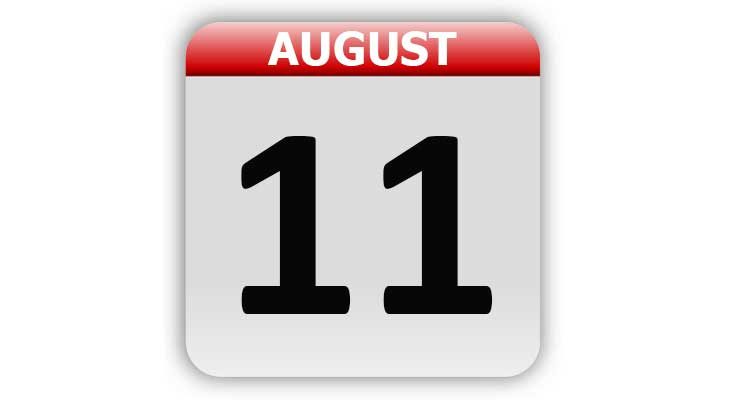 1874 – A patent for the sprinkler head was given to Harry S. Parmelee.

1877 – The two moons of Mars were discovered by astronomer Asaph Hall. He named the moons Phobos and Deimos.

1896 – Harvey Hubbell received a patent for the electric light bulb socket with a pull-chain.

1909 – The S.O.S. distress signal was first used by an American ship, the Arapahoe, off Cape Hatteras, NC.

1924 – Newsreel pictures were taken of U.S. Presidential candidates for the first time.

1929 – Babe Ruth became the first baseball player to hit 500 home runs in his career with a home run at League Park in Cleveland, OH. He ended up with a career 714 homers.

1951 – The first major league baseball game to be televised in color was broadcast. The Brooklyn Dodgers beat the Boston Braves 8-1.

1965 – The U.S. conducted a second launch of “Surveyor-SD 2” for a landing on the Moon surface test.

1984 – President Ronald Reagan was preparing for his weekly radio broadcast when, while testing of the microphone, the President said of the Soviet Union, “My fellow Americans, I am pleased to tell you that I just signed legislation that would outlaw Russia forever. We begin bombing in five minutes.”

1988 – Dick Thornburgh was unanimously confirmed by the U.S. Senate to be the next Attorney General. He succeeded Edwin Meese III.

1992 – The Mall of America opened in Bloomington, MN. It was the largest shopping mall in the U.S.

1995 – All U.S. nuclear tests were banned by President Bill Clinton.

1998 – British Petroleum purchased Amoco for $49 billion. In doing so, BP became No. 3 among oil companies.

1999 – The band KISS received a star on the Hollywood Walk of Fame.

2002 – Jason Priestly crashed his car during practice for a race in the Infiniti Pro Series. He suffered a spinal fracture, a moderate concussion, a broken nose, facial lacerations and broken bones in both feet.

Play in the Sand Day

Tags: A Look Back, August 11, Celebrity Birthdays, Days of the Year, Today in History