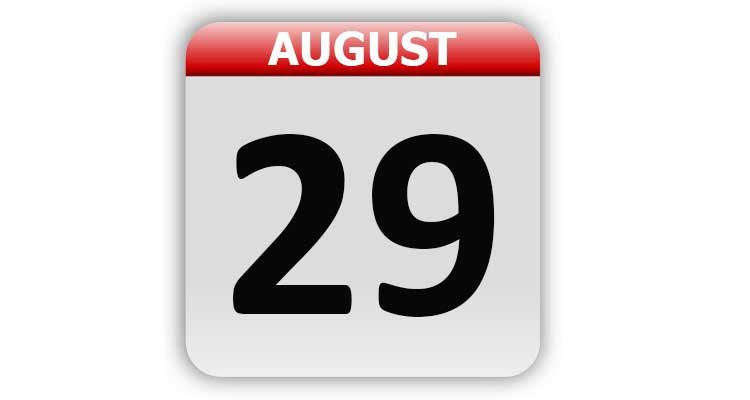 1898 – The Goodyear Tire Company was founded.

1949 – A nuclear device was used for the first time to treat cancer patients at the University of Illinois.

1957 – Senator Strom Thurmond of South Carolina set a filibuster record when he spoke against a civil rights bill for 24 hours and 18 minutes.

1966 – The Beatles performed their last concert in front of fans at Candlestick Park in San Francisco, CA.

1967 – The final episode of “The Fugitive” aired. It drew a record 72% share of the prime time audience.

1973 – President Richard Nixon was ordered by Judge John Sirica to turn over the so-called Watergate tapes of conversations secretly recorded in the Oval Office. Nixon refused and appealed the order.

1977 – Three people were arrested in Memphis after trying to steal Elvis’ body. As a result his body was moved to Graceland.

1997 – You could start renting DVDs through the mail when Netflix began.

2005 – Hurricane Katrina devastated much of the Gulf Coast from Louisiana to the Florida Panhandle, killing an estimated 1,836 people and causing over $108 billion in damages.

2007 – It was revealed that Leona Helmsley, the billionaire real estate tycoon who died earlier in August, had left $12 million to her pet dog.

According to Hoyle Day

Tags: A Look Back, August 29, Celebrity Birthdays, Days of the Year, Today in History