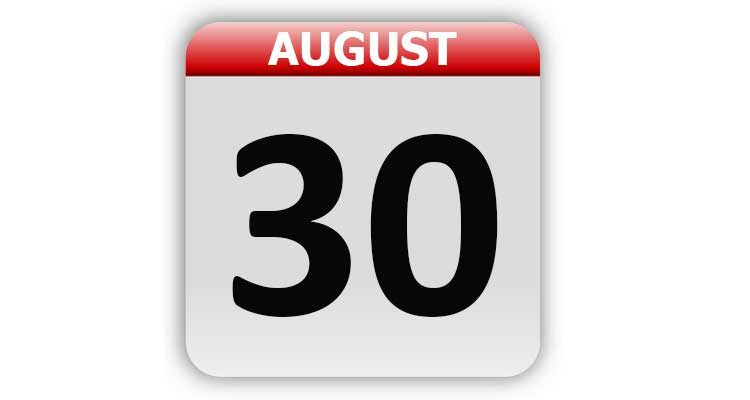 1682 – William Penn sailed from England and later established the colony of Pennsylvania in America.

1901 – Hubert Cecil Booth received a patent for the vacuum cleaner.

1905 – Ty Cobb, “The Georgia Peach,” made his Major League debut, playing centerfield for the Detroit Tigers.

1963 – A direct phone link — the so-called hot line — between Washington, DC and Moscow went into operation.

1967 – Thurgood Marshall was confirmed by the U.S. Senate as a Supreme Court Justice. He became the first black Justice to sit on the Supreme Court.

1984 – The Space Shuttle Discovery (STS-41-D) took off on it’s maiden voyage. On the mission three communications satellites were deployed.

1984 – President Ronald Reagan, and several others, were inducted into the Sportscasters Hall of Fame.

1994 – Rosa Parks was robbed and beaten by Joseph Skipper. Parks was known for her refusal to give up her seat on a bus in 1955, which sparked the civil rights movement.

1994 – The largest U.S. defense contractor was created when the Lockheed and Martin Marietta corporations agreed to a merger.

International Day of the Victims of Enforced Disappearance

Tags: A Look Back, August 30, Celebrity Birthdays, Days of the Year, Today in History