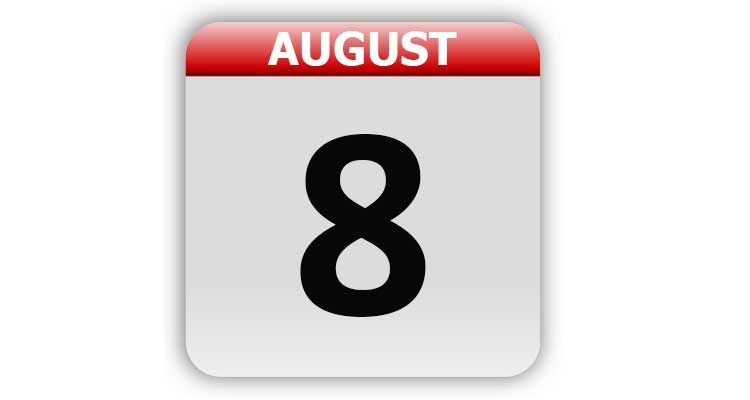 1876 – Thomas Edison received a patent for his mimeograph.

1899 – The refrigerator was patented by A.T. Marshall.

1908 – Wilbur Wright made his first flight at a racecourse at LeMans, France. It was the Wright Brothers’ first public flight.

1911 – The number of representatives in the U.S. House of Representatives was established at 435. There was one member of Congress for every 211,877 residents.

1920 – The Detroit Tigers shut out the New York Yankees 1-0 in one hour and 13 minutes. It was the shortest nine inning game in American League History at the time.

1966 – Michael DeBakey became the first surgeon to install an artificial heart pump in a patient.

1974 – In the wake of Watergate, President Richard M. Nixon, in a nationwide television address, announced his resignation from the office of President of the United States effective at noon the next day.

1978 – The U.S. launched Pioneer Venus II, which carried scientific probes to study the atmosphere of Venus.

Global Sleep Under The Stars Night

National Sneak Some Zucchini Into Your Neighbor’s Porch Day

Tags: A Look Back, August 8, Celebrity Birthdays, Days of the Year, Today in History