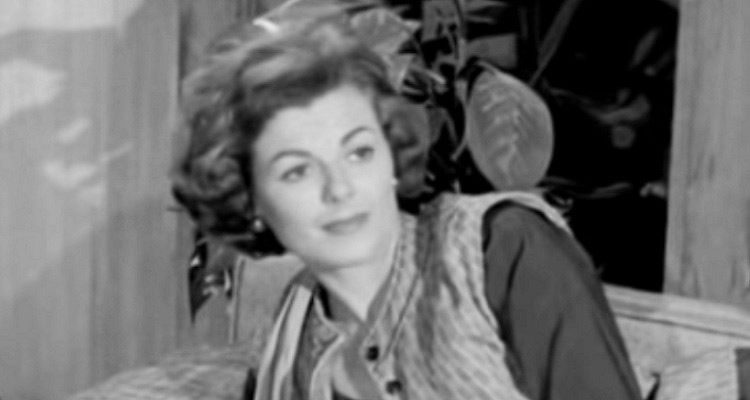 Actress Barbara Hale, who’s most famous role was secretary Della Street in the long-running “Perry Mason” television series and movies died Thursday, January 26, 2017, at her home in Sherman Oaks, CA. She was 94.

According to a Facebook post by her son William Katt (who was the star of the television show “The Greatest American Hero”):

“Lost my beautiful wonderful mom Barbara Hale yesterday afternoon. She left peacefully at her home in Sherman Oaks Ca surrounded by close family and dear friends. We’ve all been so lucky to have her for so long. She was gracious and kind and silly and always fun to be with. A wonderful actress and smart business woman she was most of all a treasure as a friend and mother! We’re all a little lost without her but we have extraordinary stories and memories to take with us for the rest of our lives.”

“Perry Mason” aired on CBS from 1957 to 1966 and starred Raymond Burr as a Los Angeles criminal defense attorney. The show was one of the first hour-long series in television history. Hale played Della Street, assistant to Raymond Burr, in nine seasons of the series and 30 television movies. Hale won a Primetime Emmy Award in 1959 for playing Street, and once again played Street when “Perry Mason” was revived in the 1980’s as a series of television movies on NBC

Hale once commented about her role as a secretary: “I guess I was just meant to be a secretary who doesn’t take shorthand. I’m a lousy typist, too — 33 words a minute.”

She spent her early career under contract with RKO, and starred in the movies “Higher and Higher”, “Lady Luck”, “The Window”, “Jolson Sings Again”, “Lorna Doone”, and “The Far Horizons”. She later appeared in the films “Airport”, “The Giant Spider Invasion”, and “Big Wednesday.”

In 1960, Hale was given a star on the Hollywood Walk of Fame.

Hale’s late husband, Bill Williams, starred in the western series “The Adventures of Kit Carson” and died in 1992. She is survived by her son William Katt, daughters Johanna Katt and Juanita King, six grandchildren, and three great-grandchildren.

To read more about Barbara Hale, here is her Wikipedia page.