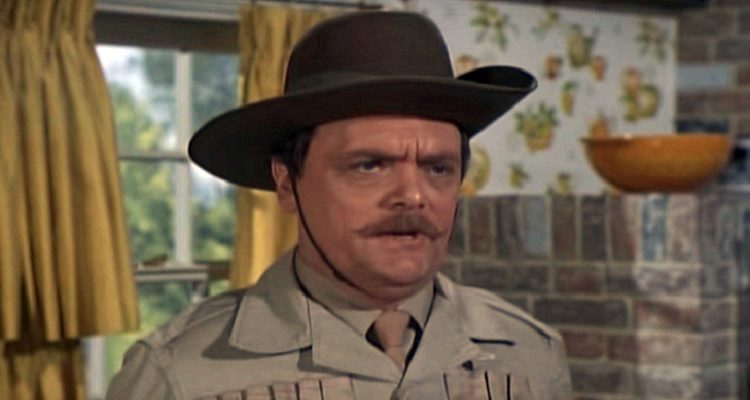 Actor Bernard Fox, known to many TV viewers as Dr. Bombay on “Bewitched” and Col. Crittendon on “Hogan’s Heroes”, has passed away at the age of 89. He died Wednesday, December 14th, 2016, of heart failure at a Los Angeles area hospital.

Fox appeared in many TV shows and movies, including “The Mummy”, “Herbie Goes to Monte Carlo”, “The Andy Griffith Show”, “The Dyke Van Dyke Show”, “McHale’s Navy” and “Columbo”.

He is survived by his wife, Jacqueline; daughter Amanda; daughter-in-law Lisa, and two grandchildren. Another daughter, Valerie, died in 2006.

To read more about Bernard Fox, here is his Wikipedia page.

Here is a montage of Dr. Bombay being called for on several episodes of “Bewitched”…“Calling Dr. Bombay! Emergency! Come right away!”…

Here is another clip of Dr. Bombay and his “Omni-Directional Three-Dimensional Vectoring Cadmium Shielded Computer for Location Analysis”.