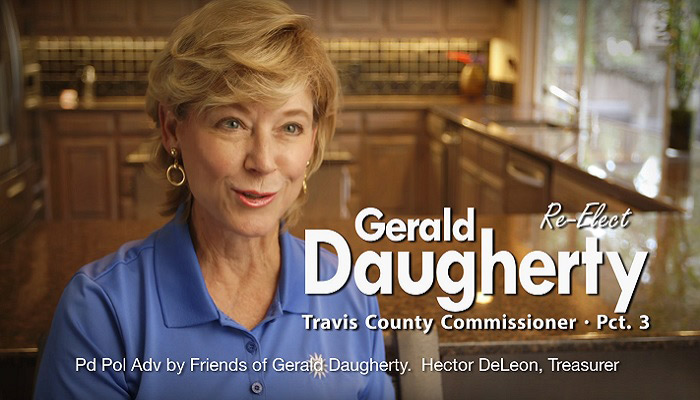 If you are like me, you are just about over the political ads and campaigning we’ve had to endure through this year. Thankfully Election Day is Tuesday, November 8th, and not that far off.

Most political ads take to bashing their opponent. I’ve always wondered why candidates spend all their money telling me the bad things their opponent did. Instead, why not tell me the good things YOU did?! But that is never the case.

A friend down in Texas sent me the link for this political ad. The candidate’s name is Gerald Daugherty and he is running for re-election as a Travis County Commissioner. In this commercial he’s not bashing his competition. He’s not even spouting off his accomplishments. Instead, it is his wife, Charlyn, talking about her husband…and she wants you to re-elect him — to get him out of the house!

I laughed at this ad. It’s almost like a good “Saturday Night Live” skit, but it is legitimate. Here is his official website.

And here is the best political ad I have seen this year…well the best I think I have EVER seen!