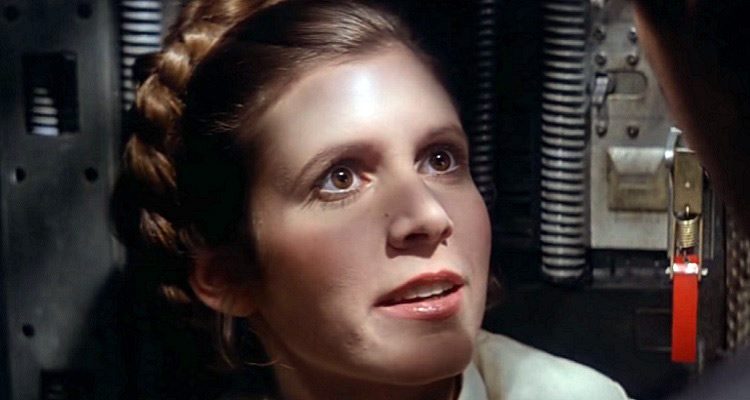 Actress and author Carrie Fisher died Tuesday morning, December 27, 2016. She was 60 years old. She suffered a massive heart attack on board a flight from London to Los Angeles, CA, on Friday, 15 minutes before landing.

A passenger who is an EMT performed CPR on Carrie and once the flight landed, paramedics rushed her to UCLA Medical Center where she remained in intensive care until her death. Reports over the weekend said that Fisher was in “stable” condition, but it is being reported that she was not responsive after her medical emergency.

A statement from Carrie’s daughter, Billie Lourd, confirmed her death. “It is with a very deep sadness that Billie Lourd confirms that her beloved mother Carrie Fisher passed away at 8:55 this morning. She was loved by the world and she will be missed profoundly. Our entire family thanks you for your thoughts and prayers.”

Fisher had been traveling while on a publicity tour for her new book, “The Princess Diarist”. In the book she wrote about having an affair with co-star Harrison Ford while shooting the original “Star Wars” movies.

Princess Leia was her most memorable role, but she also starred in “The Blues Brothers,” “When Harry Met Sally,” “Hannah and Her Sisters”, “Postcards from the Edge” and many other films.

She battled substance abuse throughout her life. In 2013, she was hospitalized for complications from bipolar disorder.

Carrie is survived by her mother, Debbie Reynolds, daughter, Billie Lourde, brother, Todd Fisher, and sisters Tricia and Joely Fisher. Billie made an appearance alongside her mom in ‘The Force Awakens.’

To read more about Carrie Fisher, here is her Wikipedia page.