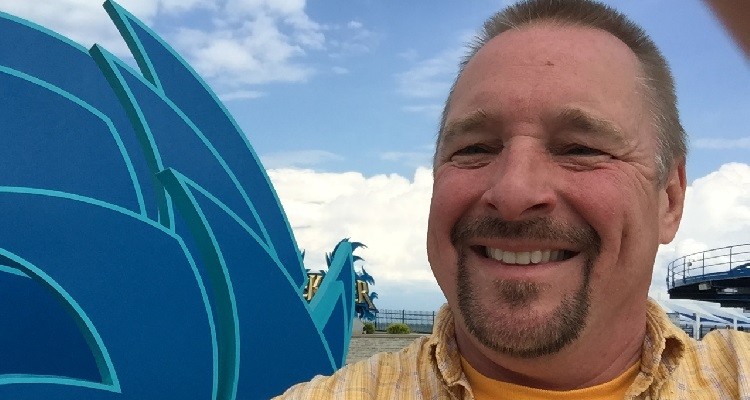 Is Customer Service a Thing of the Past?

It seems like every week I hear someone talking about BAD customer service. People commenting on how they’ve tried to reach out to service companies for information… only to never have their called returned. It doesn’t matter what type of service business – lawn service, painters, pest control, snow plowing, plumbing – the list goes on and on. A simple “I’m too busy to take on anymore work” response would work. Instead it seems it is easier just to ignore the call, and never call back the potential new client.

Over the years I have taken it upon myself to point out GOOD customer service. It seems to be more of a rarity now days, but it is still out there. Here is a case to prove my point…

On Sunday, June 5, 2016, three buddies and I decided we were going to make a trip down to Cedar Point in Sandusky, OH. It had been a few years since I had been down there. One friend hadn’t been down there in probably a decade, and the fourth had never been there at all. So we hopped in the car and we were off to Ohio.

The week leading up to our trip we had all checked the weather forecasts. Most were calling for some rain and thunderstorms in the afternoon, but we figured we would just move inside for lunch, or do something out of the elements, if it did rain.

Just before lunch, we saw the sky darkening. Being the weather geek that I am, I had about 4 of my weather apps opened and running on my iPhone checking the radar and lightning data. As the storms got closer, we decided it was probably a good time to go grab lunch, and beat the crowd once the rain began.

While eating lunch we saw the wind pick up, the rain come down in sheets, and some thunder and lightning thrown in as well. Wind gusts of up to 76 miles per hour were reported. There were about three or four separate lines of storms, but we waited them out.

Once the storms had passed we headed towards the back of the park…the area known as “Frontiertown”. As we walked along we noticed that nothing seemed to be running. From the area just passed the railroad tracks (near “Millennium Force”) back to the “Mean Streak” rollercoaster, there was NO power. We found a little store front that sold beer. They were able to sell us a cup of beer, as long as we had exact change, and were paying cash. As we stood there drinking our beer, I realized how it was almost like a trip back in time. We were in this rustic old bar, drinking beer in the dark because there was no electricity.

After our break to replenish the fluids in our body, we continued our walk in the park, which took on an eerie feel to it. You didn’t here the “click, click, click” of the rollercoasters making their way up that first hill. There were no screams of riders on the coasters as they made their way over the top. There was no music coming over the speakers. No cash registers ringing up sales of food or souvenir items. In all my years of visiting Cedar Point, this was a new experience for me.

As we made our way back to the front of the park, there was some limited power, but not enough to really run the rides (we did see “Raptor” attempt to operate, but the train was stuck for a time at the top of the first hill). We sat around for a bit, but finally decided to leave the park to check into our hotel. The plan was to return in a few hours – hopefully once power had been completely restored.

It was on the way out of the park that we realized the extent of the damage the wind and the storm had caused. Several power poles along the Causeway had been snapped like twigs. They actually sent us out of the park on a road I had never traveled before. It was the road that went by all the cottages on the peninsula southeast of Cedar Point. The road was in rough shape. It certainly wasn’t intended to have the traffic it was getting on this day. The main Causeway was closed due to the downed power lines.

It was back at the hotel we learned that the park was closing early and would NOT be open on Monday…due to the lack of sufficient power to operate the rides.

It was at this point we thought we were screwed. We had purchased our tickets, along with the FastLane, to enjoy at day at Cedar Point. We were able to get on a handful of the big roller coasters prior to the storm, but we were only beginning our day. We all figured the “no rain check” policy would be in effect. After a 4 hour drive to Sandusky, and over $100 for admission for each of us, we had ridden all the rides we were going to on this visit. If you did the math, it came out to about a $50 cost for each coaster we were able to ride on prior to the storm.

We stayed overnight in Sandusky and made our way back home on Monday. I was monitoring the Cedar Point facebook page for updates. I was shocked to see that some people were posting they had received rain checks. What? I figured the “Cedar Point does not offer rain checks.” verbiage from the website was going to be put into place for anyone inquiring about their day at the park on Sunday.

After arriving home, we called Cedar Point. To our surprise they were going to offer rain checks to those who had purchased tickets for Sunday and Monday (the park was also closed on Monday). That means we can return to the park for another day at no cost for our admission or FastLane passes.

This is GREAT customer service on the part of Cedar Point. They could have just stuck by their “no rain check” policy. After all, we knew that had been the policy for years. This was an “act of God” that the park had no control over.

Instead Cedar Point decided to do the RIGHT thing. They realized the money and time invested by people, and their families and friends, to visit the park. With CP issuing rain checks, it will get people (me included) back in the park this summer. Oh, and I’ll be spending additional money while I’m there on things like food, souvenirs, parking, etc.

So this really did turn out to be a “win/win” situation for the most part. Cedar Point keeps their customers happy (at probably not a lot of cost to the company) and the park maintains their reputation with their visitors – as well as making money off those of us to return to the park this summer to take advantage of our rain checks. Hats off to Cedar Point!!

This action by Cedar Point is getting them great praise on social media (including my facebook page and blog). You can only imagine the negative comments and posts, if our phone calls and inquiries had been answered differently… “I’m sorry. Cedar Point does not offer rain checks.”