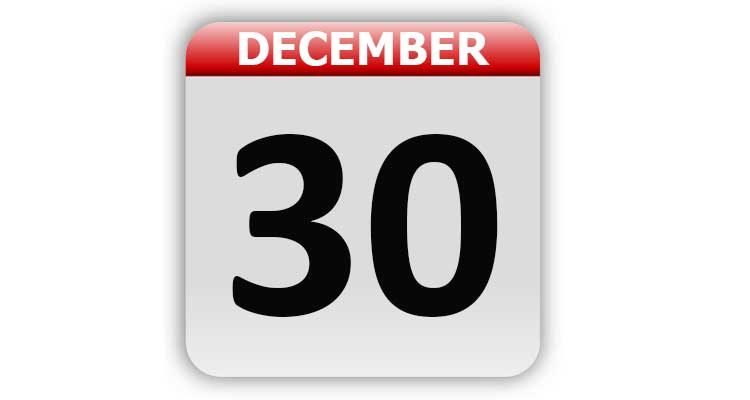 1886 – The Michigan Soldiers’ Home was dedicated in North Park, MI (just north of Grand Rapids, MI). Even though the original building has been replaced, the Veterans’ Facility is still at this site.

1924 – Edwin Hubble announced the existence of other galactic systems.

1980 – The television show “The Wonderful World of Disney” was cancelled by NBC after more than 25 years on the TV. It was the longest-running series in prime-time television history.

1994 – HGTV premiered on our TV. We’ve all become expert fixer-uppers since then!

1999 – Former Beatle George Harrison fought of a knife-wielding intruder who broke into his London mansion and stabbed him in the chest.

2002 – Diana Ross was arrested on suspicion of drunken driving.

2003 – The Federal government banned the drug Ephedra, because the herbal stimulant was linked to 155 deaths and dozens of heart attacks and strokes.

Tags: A Look Back, Celebrity Birthdays, Days of the Year, December 30, Today in History