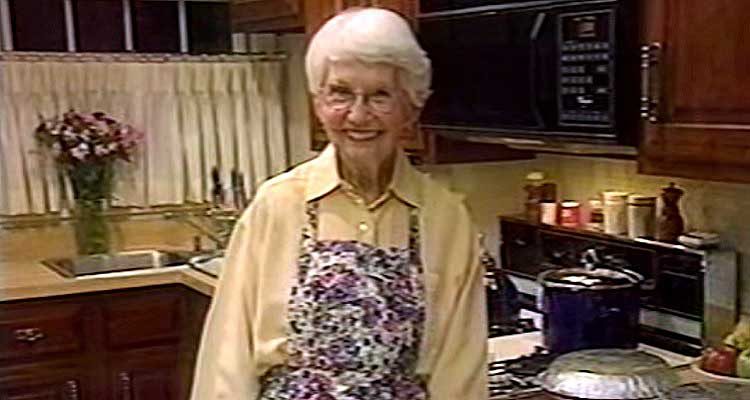 Dorothy Mengering, David Letterman’s Mom, died at her home in Carmel, IN on Tuesday, April 11th, 2017, at age 95. The news came just one day before Letterman’s 70th birthday on April 12th.

A former church secretary, Mengering often was featured on her son’s “The Late Show with David Letterman” before he retired in May 2015. Her first appearance was via satellite from her kitchen in Indiana for a segment called “Guess Mom’s Pies”. She made numerous appearances after, that along with annual Mother’s Day appearances.

Mengering was a correspondent for the late night television show at the 1994 Winter Olympics in Lillehammer Norway. She took on that role again at the two winter Olympic games that followed in Japan and Utah. She also released a cookbook called “Home Cookin’ With Dave’s Mom”.

Mengering was married to Letterman’s father, Harry Letterman, from 1942 until he died in 1973. She then married a structural engineer named Hans P. Mengering in 1973. He passed away in 2013.

In 2015, Letterman shared the news that his mother had a stroke. “She had a stroke a couple of weeks ago, but she’s fine. She’s 94, for heaven’s sake. If I had a stroke, I’d be hospitalized for the rest of my life. My mom has one, and she’s fine.”

Mengering is survived by her three children, five grandchildren and her sister.

To read more about Dorothy Mengering here is her Wikipedia page.

Here a clip from “The Late Show with David Letterman” from November 1998, featuring Dave’s Mom…