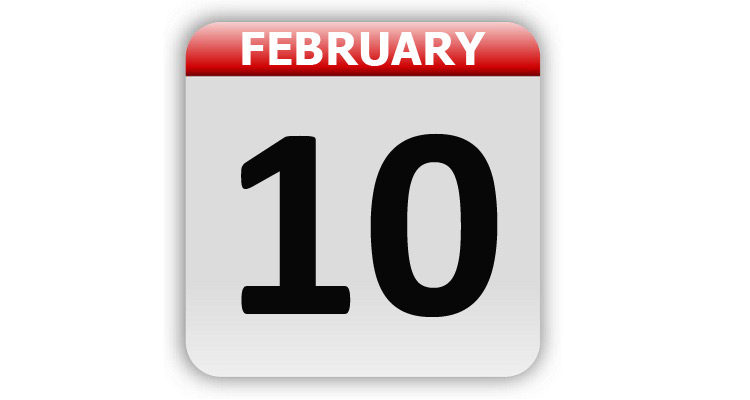 1879 – The electric arc light was used for the first time.

1923 – Ink paste was manufactured for the first time by the Standard Ink Company.

1933 – The singing telegram was introduced by the Postal Telegraph Company of New York, NY.

1942 – The first gold record was presented to Glenn Miller for “Chattanooga Choo Choo”.

1967 – The 25th Amendment to the Constitution was ratified. The amendment required the appointment of a Vice President when that office became vacant and instituted new measures in the event of Presidential disability.

1981 – A fire at the Las Vegas Hilton hotel-casino killed eight people and injured 198.

1992 – Mike Tyson was convicted in Indianapolis, IN, of raping Desiree Washington, a Miss Black American contestant in 1991.

1993 – Lew Chamberlain announced minor league baseball would play in Grand Rapids beginning in 1994. The team would be called “The West Michigan Whitecaps”.

1993 – Michael Jackson granted his first interview in 15 years to Oprah Winfrey. During the interview that was broadcast worldwide, Jackson claimed that he has a disorder that destroys the pigmentation of the skin and that he had had very little plastic surgery. It was the most watched interview of all time.

1998 – A man became the first to be convicted of committing a hate crime in cyberspace. The college dropout had e-mailed threats to Asian students.

2011 – Lindsay Lohan appeared before a judge in Los Angeles, CA, after being charged with felony grand theft for allegedly stealing a $2500 necklace from a Venice, CA, jewelry store.

Tags: A Look Back, Celebrity Birthdays, Days of the Year, February 10, Today in History