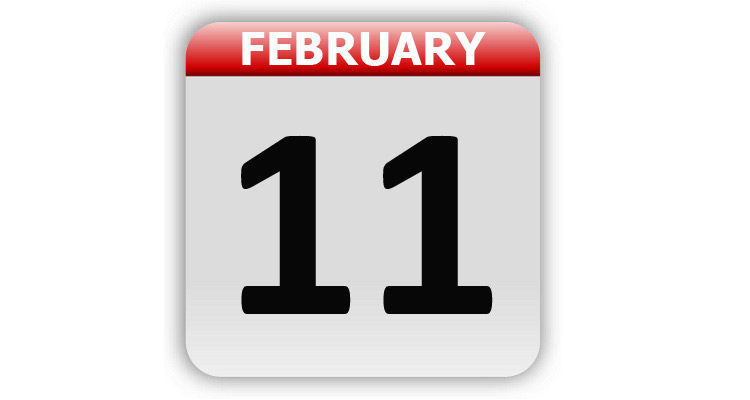 1752 – The Pennsylvania Hospital opened as the very first hospital in America.

1808 – Judge Jesse Fell tried burning anthracite coal to heat his home. He successfully showed how clean the coal burned and how cheaply it could be used as a heating fuel.

1827 – A meteor exploded in a fireball over the Grand River, in Grand Rapids, MI. Trader Louis Campau told the Indians it is a sign announcing the coming of the Europeans.

1960 – Jack Paar walked off the “Tonight Show” with four minutes of the live show remaining as a protest against censors deleting a four minute joke from the show the night before.

1964 – The Beatles played their first U.S. concert at the Coliseum in Washington, DC.

1982 – ABC’s presentation of television series “The Winds of War” concluded. The 18-hour miniseries cost $40 million to produce and was the most-watched television program in history at the time.

1986 – The single “Superbowl Shuffle” by the Chicago Bears Shufflin’ Crew was certified gold.

1989 – Rev. Barbara C. Harris became the first woman to be consecrated as a bishop in the Episcopal Church.

1990 – Nelson Mandela was freed after 27 years in captivity.

1990 – In Tokyo, Japan, James “Buster” Douglas (a 42-1 underdog) knocked out Mike Tyson in the tenth round to win the undisputed Heavyweight boxing title.

1993 – Janet Reno was appointed to the position of attorney general by President Bill Clinton. She was the first female to hold the position.

1997 – The Space Shuttle Discovery was launched on a mission to service the Hubble Space Telescope.

2000 – The Space Shuttle Endeavor took off on a mission to gather information for the most detailed map of the Earth ever made.

2002 – The six stars on NBC’s television show “Friends” signed a deal for $24 million each for the series ninth and final season.

2006 – In Texas, Vice President Dick Cheney accidentally shot and wounded a companion during a quail hunt.

2013 – Pope Benedict XVI announced his resignation from the papacy, the first pontiff to resign in more than half a millennium.

International Day of Women and Girls in Science

National Get Out Your Guitar Day

World Day of the Sick

Tags: A Look Back, Celebrity Birthdays, Days of the Year, February 11, Today in History