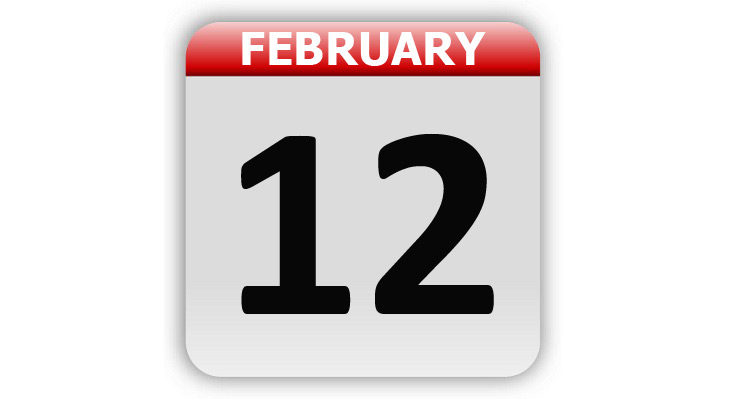 1878 – The baseball catcher’s mask was patented by Frederick W. Thayer.

1879 – The first artificial ice rink opened in North America. It was at Madison Square Garden in New York City, NY.

1880 – The National Croquet League was organized in Philadelphia, PA.

1892 – President Abraham Lincoln’s birthday was declared to be a National holiday.

1909 – The National Association for the Advancement of Colored People (NAACP) was founded.

1915 – The cornerstone of the Lincoln Memorial was laid in Washington, DC.

1918 – All theaters in New York, NY, were shut down in an effort to conserve coal.

1931 – Bela Lugosi starred as Count Dracula when the movie “Dracula” premiered in theaters.

1940 – Mutual Radio presented the first broadcast of the radio play “The Adventures of Superman”.

1971 – The advertising song “I’d Like to Buy the World a Coke” was first used by Coca Cola. The song was rewritten and recorded as “I’d Like to Teach the World to Sing” by The New Seekers, and released a few months later in November of 1971.

1973 – The state of Ohio became the first to go metric, posting distance signs in kilometers.

1973 – American Prisoners of War were released for the first time during the Vietnam conflict.

1985 – Johnny Carson surprised his audience by shaving the beard he had been wearing on “The Tonight Show”.

1989 – Tiny Tim declared himself a New York City mayoral candidate. He did not win in the election.

1997 – The day after the release of his “Earthling” album, David Bowie received his star on the Hollywood Walk of Fame.

1999 – President Bill Clinton was acquitted by the U.S. Senate on two impeachment articles. The charges were perjury and obstruction of justice.

2001 – The U.S. 9th Circuit Court of Appeals ordered Napster to stop its users from trading copyrighted material without charge.

2001 – The space probe NEAR touched down in the “saddle” region of the asteroid 433 Eros. It was the first time that any craft had landed on an asteroid.

2002 – Kenneth Lay, former Enron CEO, exercised his constitutional rights and refused to testify to Congress about the collapse of Enron.

2004 – Mattel announced that “Barbie” and “Ken” were breaking up. The dolls had met on the set of their first television commercial together in 1961.

2009 – Colgan Air Flight 3407 crashed into a house in Clarence Center, NY, while on approach to Buffalo Niagara International Airport, killing all on board and one person on the ground.

2010 – The remake of the song “We Are The World” premiered at the opening of the Winter Olympics.

Tags: A Look Back, Celebrity Birthdays, Days of the Year, February 12, Today in History