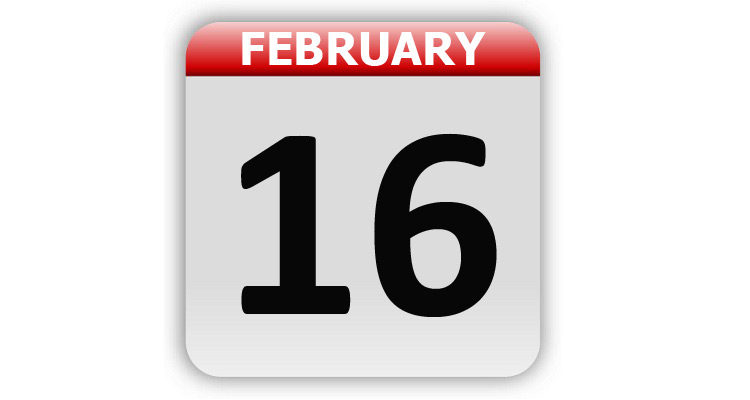 1852 – The Studebaker Brothers wagon company, the precursor of the automobile manufacturer, was established.

1858 – William Vandenburg and James Harvey patented the first ironing board.

1923 – Howard Carter unsealed the burial chamber of Egyptian Pharaoh Tutankhamen. The next day he entered the chamber with several invited guests. He had originally found the tomb on November 4, 1922.

1932 – The first fruit tree patent was issued to James E. Markham for a peach tree which ripens later than other varieties.

1935 – The first all steam railroad car ferry, the “Pere Marquette”, made its first crossing of Lake Michigan (from Ludington, MI to Manitowac, WI).

1937 – A research chemist for DuPont, Wallace H. Carothers, received a patent for nylon.

1946 – The first commercially designed helicopter was tested in Connecticut.

1959 – Fidel Castro became the leader of Cuba after the overthrow of President Fulgencio Batista on January 1.

1960 – The U.S.S. Triton began the first circumnavigation of the globe under water. The trip ended on May 10.

1964 – The Beatles appear on television’s “The Ed Sullivan Show” for a second consecutive Sunday. They were broadcasting live from the Deauville Hotel in Miami, FL. They do the songs “She Loves You”, “All My Loving”, “I Saw Her Standing There”, “From Me to You”, and “I Want to Hold Your Hand”. This was the second of the four live appearances they would make on the show.

1970 – Joe Frazier became the heavyweight world champion when he knocked out Jimmy Ellis in five rounds. He lost the title on January 22, 1973, when he lost for the first time in his professional career to George Foreman.

1972 – Wilt Chamberlain, of the Los Angeles Lakers, reached the 30,000-point mark in his NBA career during a game against the Phoenix Suns.

1978 – The first computer bulletin board system was created (CBBS in Chicago, IL).

1988 – Billy Vera received a star on the Hollywood Walk Of Fame.

1989 – Investigators in Lockerbie, Scotland, announced that a bomb hidden inside a radio-cassette player was the reason that Pan Am Flight 103 was brought down the previous December. All 259 people aboard and 11 on the ground were killed.

2002 – The operator of a crematory in Noble, GA, was arrested after dozens of corpses were found stacked in storage sheds and scattered around in the surrounding woods.

National Do a Grouch a Favor Day

Tags: A Look Back, Celebrity Birthdays, Days of the Year, February 16, Today in History