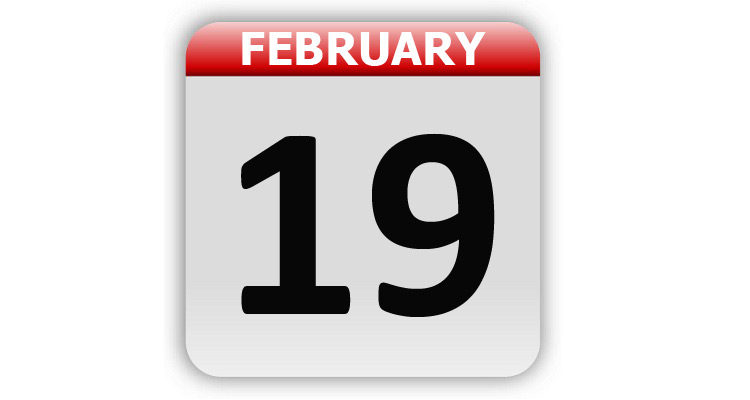 1807 – Former U.S. Vice President Aaron Burr was arrested in Wakefield, AL. He was later tried and acquitted on charges of treason.

1846 – The formal transfer of government between Texas and the United States took place. Texas had officially become a state on December 29, 1845.

1859 – Daniel E. Sickles, a New York Congressman, was acquitted of murder on grounds of temporary insanity. It was the first time this defense was successfully used in the United States.

1878 – Thomas Edison patented a music player he called the phonograph.

1881 – Kansas became the first state to prohibit all alcoholic beverages.

1972 – Sammy Davis Jr. made his legendary guest appearance on TV’s “All in the Family”, where he left his briefcase in a cab driven by Archie Bunker.

1985 – Mickey Mouse was welcomed to China as part of the 30th anniversary of Disneyland. The touring mouse played 30 cities in 30 days.

1985 – William Schroeder became the first artificial-heart patient to leave the confines of the hospital.

1985 – Cherry Coke was introduced by the Coca-Cola Company.

1987 – A controversial, anti-smoking public service announcement aired for the first time on television. Yul Brynner made it clear in the ad that he would have died from cigarette smoking before ad aired. He filmed the ad shortly before dying of lung cancer.

1997 – Miles Davis received a star on the Hollywood Walk of Fame.

1999 – Dennis Franz received a star on the Hollywood Walk of Fame.

2004 – Former Enron Corp. chief executive Jeffrey Skilling was charged with fraud, insider trading and other crimes in connection with the energy trader’s collapse. Skilling was later convicted and sentenced to more than 24 years in prison.

2005 – The USS Jimmy Carter was commissioned at Groton, CT. It was the last of the Seawolf class of attack submarines.

2008 – Fidel Castro resigned the Cuban presidency. His brother Raul was later named as his successor.

Tags: A Look Back, Celebrity Birthdays, Days of the Year, February 19, Today in History