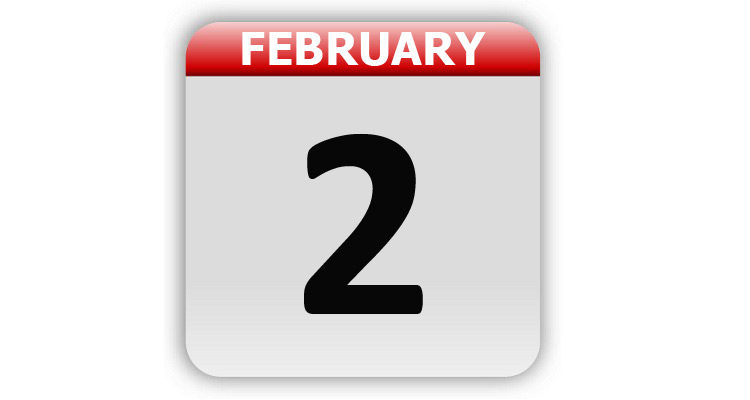 1653 – New Amsterdam was incorporated. We now know it as New York, NY.

1802 – The first leopard to be exhibited in the United States was shown in Boston, MA by Othello Pollard.

1848 – The Mexican War ended with the signing of the Treaty of Guadalupe Hidalgo. The treaty turned over portions of land to the U.S., including Texas, New Mexico, Nevada, Utah, Arizona, California and parts of Colorado and Wyoming. The United States gave Mexico $15,000,000 and assumed responsibility of all claims against Mexico by American citizens. Texas had already entered the U.S. on December 29, 1845.

1887 – The beginning of the yearly Groundhog Day celebration in Punxsutawney, PA.

1892 – The bottle cap was patented by William Painter.

1913 – Grand Central Terminal, in New York, NY, officially opened at 12:01 am. Even though construction was not entirely complete, more than 150,000 people visited the new terminal on opening day.

1935 – Leonard Keeler conducted the first test of the polygraph machine, in Portage, WI. He gave the test to two murder suspects. It was the first time polygraph evidence was admitted in U.S. courts.

1946 – The Mutual Broadcasting System aired the game show “Twenty Questions” for the first time on radio. The show moved to television in 1949.

1972 – The Stanley Kubrick film, “A Clockwork Orange”, was released in the United States.

1993 – Willie Nelson and the IRS settled their longstanding tax feud. The U.S. government kept $3.6 million in assets it had already seized and Nelson would have to pay $5.4 million of the $13.1 million balance.

2004 – It was reported that a white powder had been found in an office of Senate Majority Leader Bill Frist. The Centers for Disease Control and Prevention later confirmed that the powder was the poison ricin.

Tags: A Look Back, Celebrity Birthdays, Days of the Year, February 2, Today in History