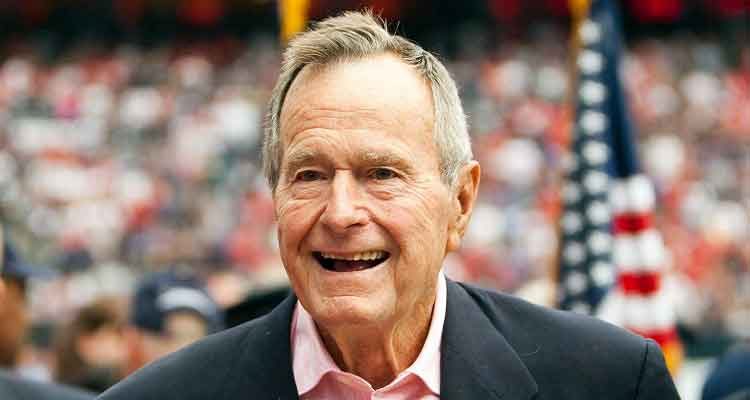 Former President George Herbert Walker Bush passed away on Friday, November 30th, 2018 at the age of 94.

The announcement of his death came in a statement by his son, former President George W. Bush… “Jeb, Neil, Marvin, Doro and I are saddened to announce that after 94 remarkable years, our dear Dad has died. George H.W. Bush was a man of the highest character and the best dad a son or daughter could ask for. The entire Bush family is deeply grateful for 41’s life and love, for the compassion of those who have cared and prayed for Dad, and for the condolences of our friends and fellow citizens.”

After his Presidency, Bush and his wife Barbara remained very active. He celebrated his 90th birthday by taking a tandem skydive (even though by then he was using a wheelchair because of a disease similar to Parkinson’s).

At age 18, Bush defied his parents and joined the military after the attack on Pearl Harbor in December 1941. He was among the youngest pilots in the Navy. He had shot down over the Pacific and was rescued by a passing submarine.

At the time of his death, Bush was the longest-lived American President in history, followed closely by Jimmy Carter, who was born a few months later.

To read more about George H.W. Bush, here is his Wikipedia page.