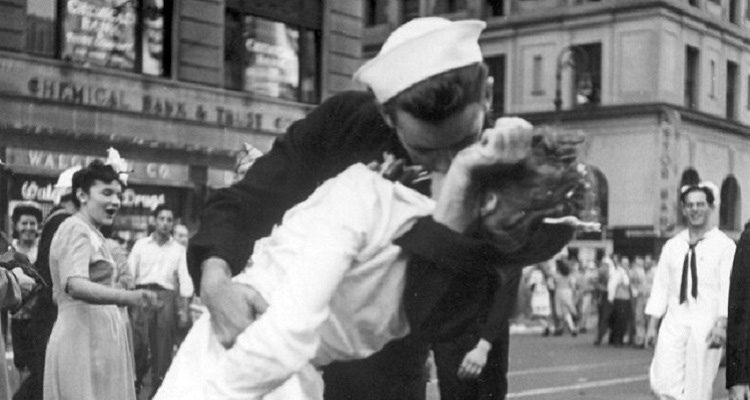 You probably don’t recognize the name, but you certainly will remember the picture…

It was August 14th, 1945, when a 21 year old dental assistant heard reports that World War II had ended. She went to Times Square and that’s when she was grabbed — and kissed — by an ecstatic sailor. That 21 year old was Greta Zimmer Friedman. She passed away on Thursday, September 8th, 2016 at the age of 92. Her son reported that she died at a hospital in Richmond, VA, from complications from old age.

It was a Life magazine photographer named Alfred Eisenstaedt who captured that kiss on film. It became one of the most famous photographs of the 20th century.

Zimmer Friedman will be buried next to her late husband, Dr. Misha Friedman, in Arlington National Cemetery.