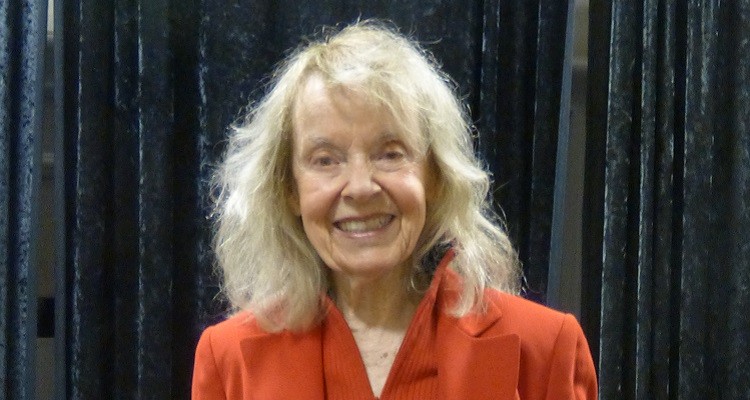 She was best known as the voice of Judy Jetson on the cartoon “The Jetsons”. Her name is Janet Waldo. She died Sunday, June 12, 2016, at the age of 96. She had been diagnosed with a benign and inoperable brain tumor back in 2011.

She voiced a lot of other cartoon characters as well. She was the voice of Penelope Pitstop. On “The Flinstones” she was Pearl Slaghoople. If you watched “Josie and the Pussycats” you heard her as Josie McCoy. On “The Smurfs” she provided the voice of Hogatha. Most recently she was Mrs. Tobbis in a 1998 animated TV series “King of the Hill”.

Aside from providing voices to cartoon characters, she also appeared on the TV show “I Love Lucy” in 1952.

Tags: I Love Lucy, Josie and the Pussycats, King of the Hill, The Flintstones, The Jetsons, The Smurfs