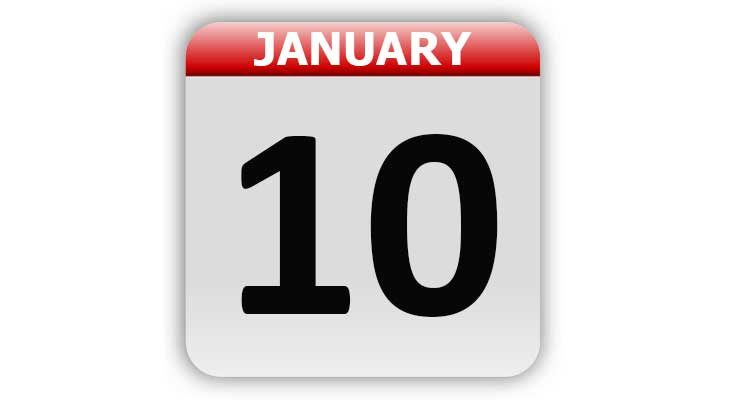 1861 – Florida seceded from the United States.

1911 – The first photograph from an airplane was taken by Major Jimmie Erickson while flying over San Diego, CA.

1920 – The League of Nations ratified the Treaty of Versailles, officially ending World War I with Germany.

1943 – President Franklin D. Roosevelt sailed from Miami, FL, to Trinidad and became the first American President to visit a foreign country during wartime.

1994 – Lorena Bobbitt went on trial n Manassas, VA. She was charged with maliciously wounding her husband John, by cutting off his penis with scissors. She was acquitted by reason of temporary insanity.

1997 – James Brown got a star on the Hollywood Walk of Fame.

1999 – The HBO original series “The Sopranos” debuted. It would run until June 10, 2007. Rolling Stone, TV Guide, and The Writer’s Guild of America have called it the “Greatest TV Show” of all time.

2000 – Time-Warner agreed to buy America On-line (AOL). It was the largest-ever corporate merger priced at $162 billion. The Federal Trade Commission (FTC) approved the deal on December 14, 2000.

2001 – American Airlines agreed to acquire most of Trans World Airlines (TWA) assets for about $500 million. The deal brought an end to the financially troubled TWA.

National Save The Eagles Day

Tags: A Look Back, Celebrity Birthdays, Days of the Year, January 10, Today in History