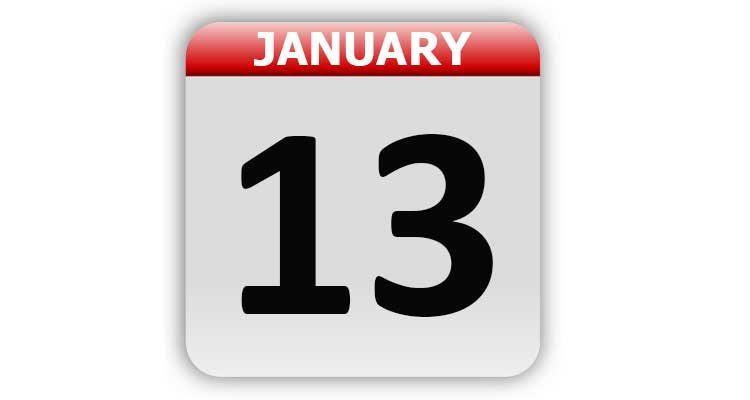 1794 – President George Washington approved a measure adding two stars and two stripes to the American flag, following the admission of Vermont and Kentucky to the union.

1854 – Anthony Faas was granted the first U.S. patent for the accordion. He made improvements to the keyboard and enhanced the sound.

1888 – The National Geographic Society was founded in Washington, DC.

1906 – Hugh Gernsback, of the Electro Importing Company, advertised radio receivers for sale for the price of just $7.50 in “Scientific American” magazine.

1910 – Lee De Forest, the American inventor of the vacuum tube, broadcasted the first ever live radio performance of Enrico Caruso from the Metropolitan Opera. The broadcast could only be heard by a small number of electronics hobbyists who had radio receivers

1942 – Henry Ford patented the “Soybean Car”. It was a plastic automobile. The car was 30% lighter than the average car.

1966 – Elizabeth Montgomery’s character, Samantha, on the television show “Bewitched,” had a baby. The baby was named Tabitha.

1966 – Robert C. Weaver became the first black Cabinet member when he was appointed Secretary of Housing and Urban Development by President Lyndon Johnson.

1968 – Dr. K.C. Pollack, of the University of Florida, reported that noise levels at rock concerts are harmful to teenage ears.

1979 – The Village People were sued by the YMCA, because the organization was not pleased that its name is the title of the group’s hit song. The organization soon dropped the lawsuit.

1982 – Hank Aaron and Frank Robinson were elected to the Baseball Hall of Fame.

1989 – Bernhard H. Goetz was sentenced to one year in prison for possession of an unlicensed gun, which he used to shoot four youths he believed were about to rob him on a New York subway.

1993 – Bobby Brown was arrested in Augusta, GA, for simulating a sex act onstage. It was the second time that he had been arrested by the Augusta police department for the same offense.

1993 – The Space Shuttle Endeavor (STS-54) headed for space for the third time when it was launched from the Kennedy Space Center.

1997 – Debbie Reynolds received a star on the Hollywood Walk of Fame.

1998 – One of the 110 missing episodes of the British TV show “Doctor Who” was found in New Zealand.

1999 – Michael Jordan, of the Chicago Bulls, announced his retirement from the NBA.

2002 – President George W. Bush fainted after he choked on a pretzel.

2012 – After more than 11,000 episodes, the television soap opera “One Life to Live” ended a nearly 44 year run on daytime television.

2012 – The passenger cruise ship Costa Concordia sank off the cost of Italy due to the captain’s negligence and irresponsibility. There were 32 confirmed deaths among the 4,232 passengers and crew.

2018 – A false emergency alert warning of an impending missile strike in Hawaii caused widespread panic in the state.

2021 – Outgoing U.S. President Donald Trump was impeached for a second time on a charge of incitement of insurrection following the storming of the Capitol one week earlier.