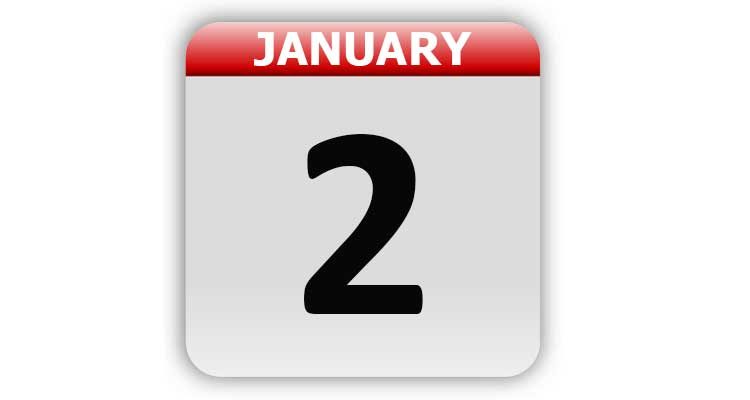 1788 – Georgia became the 4th state to ratify the U.S. Constitution.

1839 – Louis Daguerre became the first person to take a photo of the moon. Unfortunately his lab burned down shortly after and the photo was lost.

1842 – The first wire suspension bridge was opened to traffic in Fairmount, PA,

1870 – Construction began on the Brooklyn Bridge in New York, NY. The bridge is still in use today.

1882 – The Standard Oil Trust agreement was completed and dated. The document transferred the stock and property of more than 40 companies into the control of nine trustees lead by John D. Rockefeller. This was the first example of what became known as a holding company.

1929 – The United States and Canada reached an agreement on joint action to preserve Niagara Falls.

1935 – Bruno Richard Hauptmann went on trial for the kidnap-murder of Charles Lindberghs baby. Hauptmann was found guilty and executed.

1967 – Ronald Reagan was sworn in as Governor of California.

1968 – Police in Newark, NJ, confiscated a shipment of the Two Virgins album by John Lennon and Yoko Ono because of its nude cover.

1974 – President Richard M. Nixon signed a bill requiring all states to lower the maximum speed limit to 55 mph. The law was intended to conserve gasoline supplies during an OPEC embargo. The Federal speed limits were abolished in 1995.

1995 – Marion Barry, Jr. was inaugurated as Mayor of Washington DC, returning to the office he held prior to a jail term for drug possession.

2006 – An explosion in a coal mine in Sago, WV, trapped and killed 12 miners, while leaving only one survivor.

2007 – Oprah Winfrey opened a school for girls in South Africa.

2008 – Despite the writers’ strike, late night talk show hosts returned to their shows.

Tags: A Look Back, Celebrity Birthdays, Days of the Year, January 2, Today in History