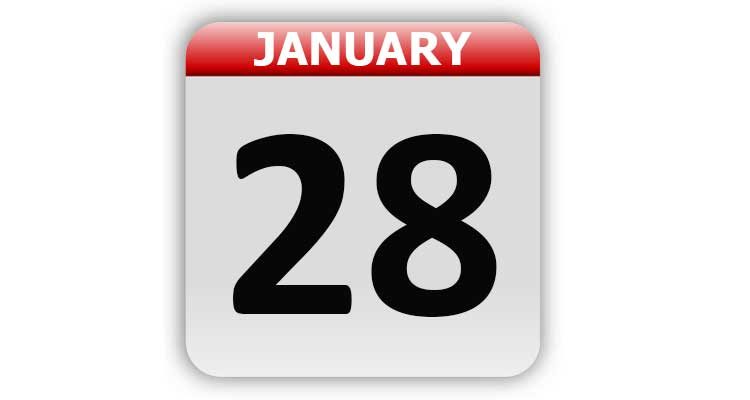 1878 – The first telephone switchboard was installed in New Haven, CT.

1902 – The Carnegie Institution was established in Washington, DC. It began with a gift of $10 million from Andrew Carnegie.

1915 – An act of Congress created the U.S. Coast Guard as a branch of the U.S. Armed Forces. It was created to fight contraband trade and aid distressed vessels at sea.

1917 – Municipally-owned streetcars took to the streets of San Francisco, CA.

1922 – The National Football League franchise in Decatur, IL, was moved to Chicago. The team became the Chicago Bears.

1934 – The first ski tow in the United States began operation in Vermont.

1956 – Elvis Presley made his national television debut on “The Dorsey Brothers Stage Show” on CBS.

1957 – The Brooklyn Dodgers announced that circus clown Emmett Kelly had been hired to entertain fans at baseball games.

1958 – The Lego Company patented the design of its Lego bricks, which are still compatible with the bricks produced today.

1965 – General Motors reported the biggest profit of any U.S. company in history.

1978 – At the request of a fan, Ted Nugent autographed a man’s arm with a Bowie knife.

1983 – WDHA in Dover, NJ, became the first radio station in the United States to play a compact disc on the air.

1985 – USA for Africa recorded the song “We Are the World”. More than 40 artists were involved. The proceeds went toward preventing worldwide hunger.

1994 – In Los Angeles, Superior Court Judge Stanley Weisberg declared a mistrial in the case of Lyle Menendez in the murder of his parents. Lyle, and his brother Erik, were both retried later and were found guilty. They were sentenced to life in prison without parole.

1997 – Clive Davis received a star on the Hollywood Walk of Fame.

2019 – It was the beginning of an interesting week of weather for the state of Michigan. Some parts of the state received almost a foot of new snow. That was followed by bitter cold temps and wind chills running -25 to -50. A few days later the temperature was in the mid 40’s with rain, which melted a lot of the snow.

National Gift of the Ladybug Day

Tags: A Look Back, Celebrity Birthdays, Days of the Year, January 28, Today in History