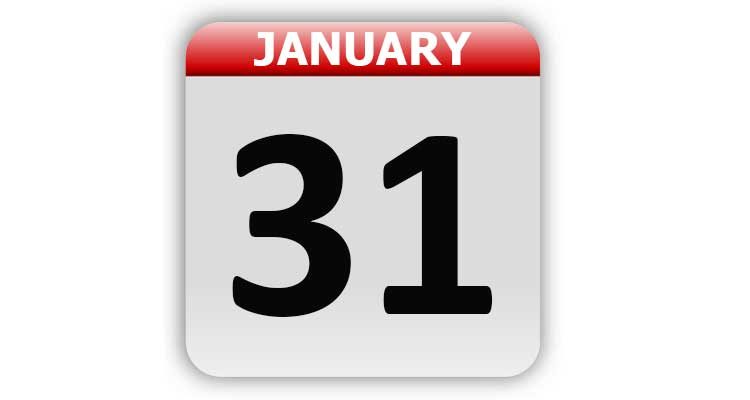 1876 – All Native American Indians were ordered to move into reservations.

1893 – The trademark “Coca-Cola” was first registered in the United States Patent Office.

1930 – U.S. Navy Lt. Ralph S. Barnaby became the first glider pilot to have his craft released from a dirigible (a large blimp) at Lakehurst, NJ.

1934 – Jim Londos defeated Joe Savoldi in a one-fall match in Chicago, IL. The crowd of 20,000 was one of the largest crowds to see a wrestling match.

1940 – The first Social Security check was issued by the U.S. government.

1949 – The first TV soap opera, “These Are My Children”, was broadcast from the NBC station in Chicago, IL.

1950 – President Harry Truman announced that he had ordered development of the hydrogen bomb.

1958 – Explorer I, the first manmade Earth satellite, was put into orbit.

1961 – Ham the Chimp traveled into outer space on the Mercury-Redstone 2.

1971 – Astronauts Alan B. Shepard Jr., Edgar D. Mitchell and Stuart A. Roosa blasted off aboard Apollo 14 for a mission to the Fra Mauro Highland on the Moon.

1983 – Michael Jackson’s “Thriller” album was certified platinum — the first of many such awards.

1983 – J.C. Penney announced plans to spend in excess of $1 billion over the next five years to modernize stores and to accelerate a rebranding program.

1985 – The final Jeep rolled off the assembly line at the AMC plant in Toledo, OH.

1995 – President Bill Clinton authorized a $20 billion loan to Mexico to stabilize their economy.

2000 – John Rocker, of the Atlanta Braves, was suspended from major league baseball for disparaging foreigners, homosexuals and minorities in a “Sports Illustrated” interview.

2001 – It was announced that Peter Criss was leaving the band KISS and that he would be replaced by Eric Singer for the remainder of dates of the farewell tour. Criss’ last show was on October 7, 2000.

2005 – Keanu Reeves received a star on the Hollywood Walk of Fame.

2010 – The movie “Avatar” became the first film to gross over $2 billion worldwide.

Inspire Your Heart With Art Day

Tags: A Look Back, Celebrity Birthdays, Days of the Year, January 31, Today in History