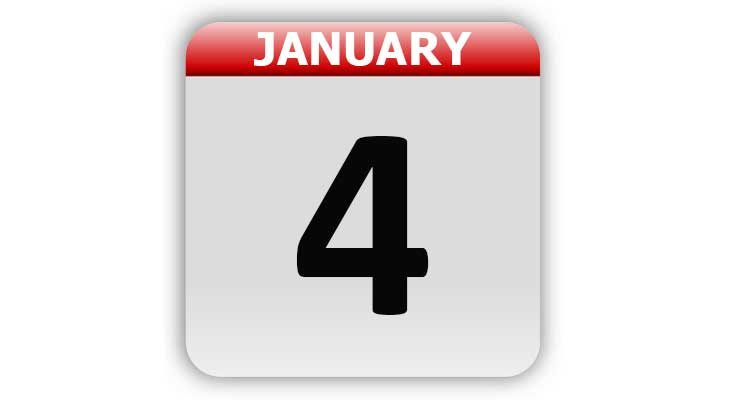 1936 – The first pop music chart based on national sales was published by “Billboard” magazine.

1950 – RCA Victor announced that it would manufacture long-playing (LP) records.

1952 – The C & O Railroad car ferry “The Spartan” launched along with “The Badger”. There were the largest, best equipped, and last coal fired passenger carrying steamships built in the United States. “The Badger” still sails from Ludington, MI to Manitowac, WI.

1958 – The Soviet satellite Sputnik I, which was launched into Earth orbit on October 4th, 1957, fell back to earth.

1962 – New York, NY introduced a train that operated without conductors and motormen.

1974 – NBC-TV presented hockey in prime time. The Boston Bruins and the New York Rangers were the teams that played in the National Hockey League (NHL) game.

1981 – The Broadway show “Frankenstein” lost an estimated $2 million, when it opened and closed on the same night.

1982 – Bryant Gumbel moved from NBC Sports to the anchor desk where he joined Jane Pauley as co-host of the “Today” show on NBC.

2006 – Queen Latifah became the first female hip hop artist to get a star on the Hollywood Walk of Fame.

2007 – Nancy Pelosi became Speaker of the U.S. House of Representatives. She was the first woman to hold the position.

2010 – In Dubai, United Arab Emirates, the Burj Khalifa (Dubai Tower) opened as the world’s tallest structure at 2,722 feet. (That’s more than half a mile!)

Tags: A Look Back, Celebrity Birthdays, Days of the Year, January 4, Today in History