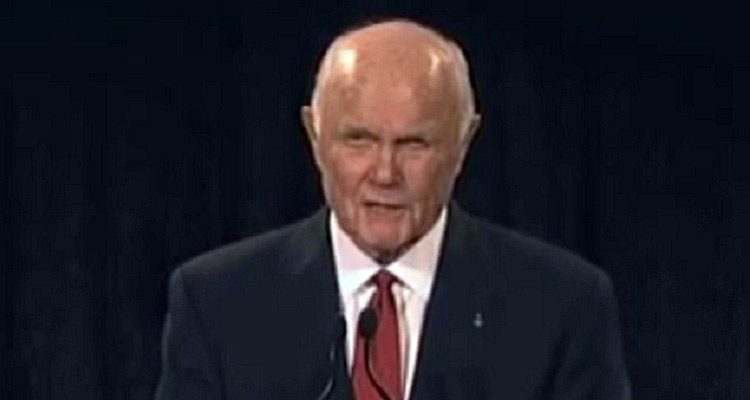 The first American to orbit the Earth has died. John Glenn, passed away on Thursday, December 8, 2016 surrounded by family. He had been hospitalized in an Ohio State University medical center in Columbus, OH for a week prior to his death.

He has had some health problems in recent years, including a stroke and heart valve replacement surgery.

Glenn was the last surviving member of the original Mercury astronauts. He also had a long political career as a U.S. senator.

NASA Administrator Charles Bolden said, “Senator Glenn’s legacy is one of risk and accomplishment, of history created and duty to country carried out under great pressure with the whole world watching. The entire NASA Family will be forever grateful for his outstanding service, commitment and friendship.”

Glenn was a highly decorated Marine who flew 59 combat missions in the South Pacific during World War II. During the Korean War, he flew 90 combat missions, using different models of new jet fighters. He remained in the military through the 1950s, testing supersonic aircraft and other military models. He earned the Distinguished Flying Cross five times. In 1958 he was one of 508 pilots tested for what would became the Mercury space program — a response to the Soviet Union’s successful launch of the first satellite in 1957.

He left NASA in 1964. Later he would learn that at the time, NASA and Kennedy had deemed him too valuable to fly in space again.

In 1974, he was elected to represent Ohio in the U.S. Senate. Two years later, Glenn those mentioned as a running mate for Democratic presidential nominee Jimmy Carter, but Carter ended up picking Sen. Walter Mondale of Minnesota.

Glenn campaigned in the Democratic primary for the 1984 presidential election, but ended up losing to Mondale.

He remained in the Senate, serving four six-year terms. He retired from politics in 1999.

As the end of his political career was nearing, he wanted to go back into space. In 1998, he lobbied NASA to fly again. Glenn spent nine days aboard the shuttle Discovery — for science. As a 77-year-old, he became the oldest person to fly in space. His flight revived public interest in NASA.

One of his last public appearances came this past June, when he spoke at a ceremony renaming the Columbus airport in his honor.

John Glenn is survived by Annie, his wife of 73 years, one son and one daughter. Glenn’s body will lie in state at the Ohio Statehouse for a day, and a public memorial service will be held at Ohio State University’s Mershon Auditorium. He will be buried near Washington, D.C., at Arlington National Cemetery in a private service. Dates and times for the public events will be announced soon.

To read more about John Glenn, here is his Wikipedia page.

Here is the video of John Glenn speaking at the 50th anniversary celebration for NASA on September 24, 2008…