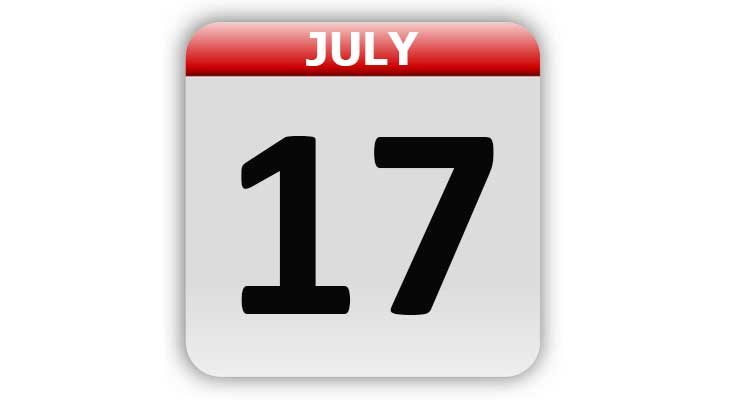 1862 – National cemeteries were authorized by the U.S. government.

1866 – Authorization was given to build a tunnel beneath the Chicago River. It was a three-year project that cost $512,709.

1867 – The first dental school in the United States was established. It was the Harvard School of Dental Medicine in Boston, MA.

1955 – Disneyland was dedicated and opened by Walt Disney in Anaheim, CA.

1975 – An Apollo spaceship docked with a Soyuz spacecraft in orbit. It was the first link up between the U.S. and Soviet Union.

1996 – Shaquille O’Neal starred as a 5,000 year old genie when the movie “Kazaam” premiered in theaters.

1998 – An entire village was swept away in Papua, New Guinea by a 23-foot wave that was triggered by an undersea earthquake. Eight days later, reports list 3,183 dead, 2,000 were missing, and thousands were homeless.

2001 – The Concorde was brought back into service nearly a year after a July 2000 crash. It ended operations completely on October 24, 2003.

2007 – Atlanta Falcons’ quarterback Michael Vick and three other men were indicted by a federal grand jury for their roles in a dog-fighting ring.

2018 – Scott S. Sheppard announced that his team had discovered a dozen irregular moons of Jupiter.

Tags: A Look Back, Celebrity Birthdays, Days of the Year, July 17, Today in History