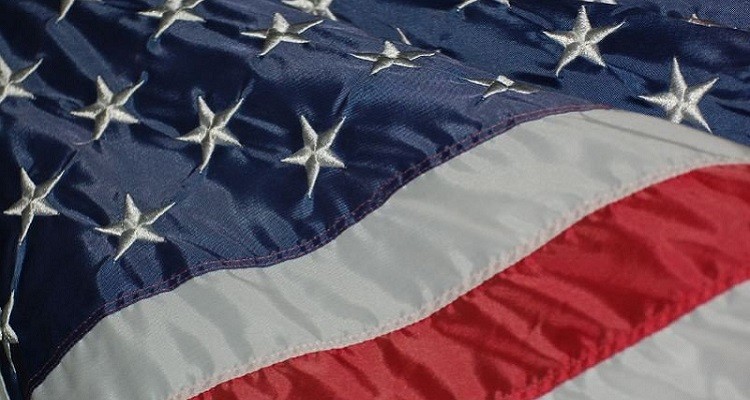 First off, I want to wish everyone a Happy July 4th! Hopefully you’ve been able to spend time with family and friends as we celebrate our Nation’s Independence.

It always amazes me the things we keep from our childhood. Sometimes they are just memories (both good and bad), and other times they are physical objects. Things that we decided, at some point, that we were going to take with us from one home to another, throughout our journey in life. 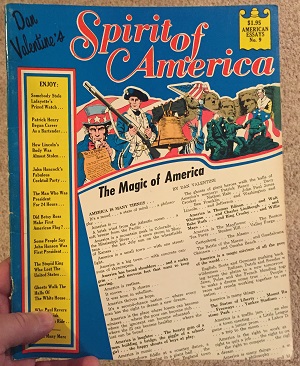 One such item for me is a book called “Spirit of America” by Dan Valentine. According to the information in the front cover, it was published in 1972 — a few years prior to our country’s bi-centennial celebration in 1976. My grandfather, Jack Winters, purchased the book for me. I would have been around 10 or so at the time, depending on just when he bought me the book.

If only he realized at the time the impact the book would have on me. Such an impact that this book would be a keepsake, and I would still have it some 40 years later. It’s actually still in great shape as well.

In the book are stories about America. Not only stories about history, but fun facts about things that have made America what it is today.

A typical sampling would be similar to this except that you can find on wikipedia.org today about “Independence Day”:

“Historians have long disputed whether Congress actually signed the Declaration of Independence on July 4, even though Thomas Jefferson, John Adams, and Benjamin Franklin all later wrote that they had signed it on that day. Most historians have concluded that the Declaration was signed nearly a month after its adoption, on August 2, 1776, and not on July 4 as is commonly believed.”

I love trivia like that! The book is full of it. As time goes on I’ll share more from that book . I just wanted to dust it off for a brief glimpse on this “Independence Day”!