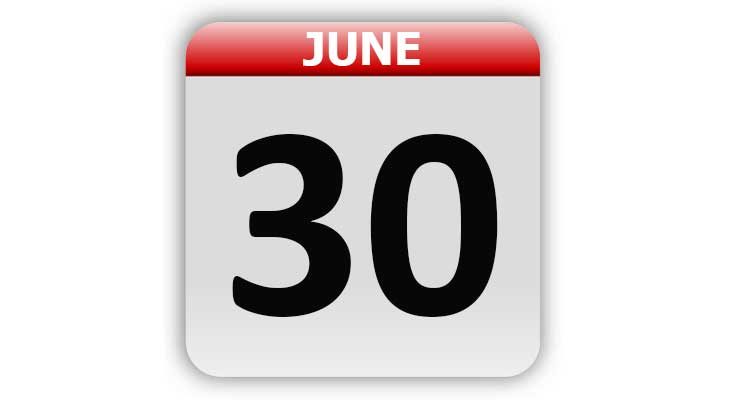 1841 – The Erie Railroad rolled out its first passenger train.

1859 – Charles Blondin became the first person to cross Niagara Falls on a tightrope.

1921 – The Radio Corporation of America (RCA) was formed.

1934 – The National Football League’s Portsmouth (Ohio) Spartans were sold to George A. Richards, owner of Detroit’s WJR radio station, for $7,952.08. He moved the team to Detroit and renamed them the Lions. The Lions played their first game on September 23rd of that year at the old University of Detroit Stadium, beating the New York Giants 9-0 in front of 12,000 fans.

1936 – Margaret Mitchell’s novel, “Gone with the Wind,” was published.

1958 – The U.S. Congress passed a law authorizing the admission of Alaska as the 49th state in the Union.

1965 – The NFL granted the Atlanta Falcons a franchise.

1966 – The National Organization for Women was founded in Washington, DC.

1970 – The Cincinnati Reds moved into their new $45 million Riverfront Stadium.

1971 – The U.S. Supreme Court ruled that the government could not prevent the Washington Post or the New York Times from publishing the Pentagon Papers.

1971 – The Soviet spacecraft Soyuz 11 returned to Earth. The three cosmonauts were found dead inside. Their air supply had escaped through a faulty valve.

1971 – The 26th Amendment to the Constitution, lowering the minimum voting age to 18, was ratified as Ohio beccame the 38th state to approve it.

1972 – The first leap second was added to the UTC time system.

1974 – The July 4th scene from the Steven Spielberg movie “Jaws” was filmed.

1975 – Five days after finalizing her divorce from Sonny Bono, Cher married Gregg Allman in a Las Vegas, NV hotel room. She filed for divorce from him 10 days later but they remained married for more than three years.

1977 – President Jimmy Carter announced his opposition to the B-1 bomber.

1985 – Thirty-nine American hostages were freed from hijacked TWA Flight 847 in Beirut after being held for 17 days.

1994 – The U.S. Figure Skating Association stripped Tonya Harding of the 1994 national championship and banned her from the organization for life for an attack on rival Nancy Kerrigan in Detroit, MI.

1998 – Officials confirmed that the remains of a Vietnam War serviceman buried in the Tomb of the Unknowns at Arlington National Cemetery were identified as those of Air Force pilot Michael J. Blassie.

2000 – President Bill Clinton signed the E-Signature bill, which gave the same legal validity to an electronic signature as to one in ink.

2004 – The international Cassini spacecraft entered Saturn’s orbit. The craft had been on a nearly seven-year journey.

Tags: A Look Back, Celebrity Birthdays, Days of the Year, June 30, Today in History