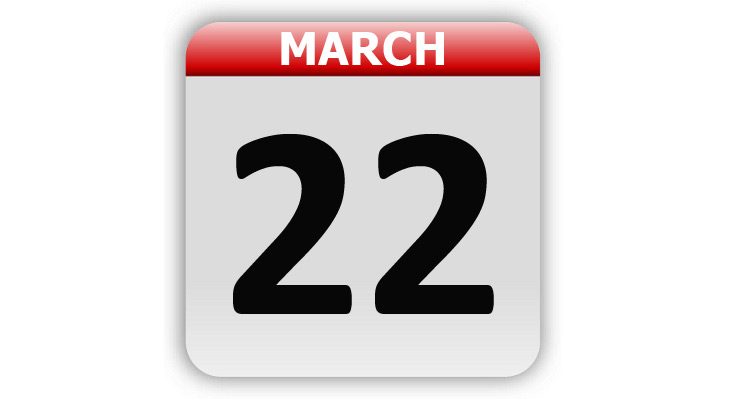 1630 – The first legislation to prohibit gambling was enacted in Boston, MA.

1853 – The steamer “Michigan” was launched for service on the Grand River. Five pairs of horses drew the boiler from Kalamazoo, MI, to Grand Rapids. The “Michigan” saw seven years of down-river service until it burned on July 11, 1860.

1871 – William Holden of North Carolina became the first governor to be removed by impeachment.

1904 – The first color photograph was published in the London Daily Illustrated Mirror.

1933 – President Franklin D. Roosevelt signed a bill legalizing the sale and possession of beer and wine containing up to 3.2% alcohol.

1935 – In New York, NY, blood tests were authorized as evidence in court cases.

1946 – The first U.S. built rocket to leave the earth’s atmosphere reached a height of 50 miles.

1956 – Perry Como became the first major TV variety-show host to book a rock and roll act on his program. The act was Carl Perkins.

1971 – Congress approved the 26th amendment to the Constitution, which lowered the voting age to 18.

1972 – The Senate passed the Equal Rights Amendment. It was not ratified by the states.

1972 – In Eisenstadt v. Baird, the U.S. Supreme Court decided that unmarried persons have the right to possess contraceptives.

1978 – Karl Wallenda, of the Flying Wallendas, fell to his death while walking a cable strung between to hotels in San Juan, Puerto Rico.

1980 – People for Ethical Treatment of Animals (PETA) was founded by Ingrid Newkirk and Alex Pacheco.

1982 – The Space Shuttle Columbia was launched into orbit on mission STS-3 from the Kennedy Space Center. It was the third orbital flight for the Columbia.

1987 – A barge loaded with 32,000 tons of refuse left Islip, NY, to find a place to unload. After being refused by several states and three countries, space was found back in Islip.

1989 – Clint Malarchuk of the Buffalo Sabres suffered a near-fatal injury when another player’s skate accidentally slit his throat.

1990 – A jury in Anchorage, AK, found Captain Hazelwood not guilty in the Valdez oil spill.

1991 – In New Hampshire, high school teacher Pamela Smart was found guilty of manipulating her student-lover to kill her husband.

1993 – Cleveland Indians pitchers Steve Olin and Tim Crews were killed in a boating accident in Florida. Bob Ojeda was seriously injured in the accident.

1995 – Cosmonaut Valeriy Polyakov returned to Earth after spending a record of 438 days in space.

1997 – The comet Hale-Bopp had its closest approach to Earth.

2002 – The U.S. Postal Rate Commission approved a request for a postal rate increase of first-class stamps from 34 cents to 37 cents by June 30. It was the first time a postal rate case was resolved through a settlement between various groups. The groups included the U.S. Postal Service, postal employees, mailer groups and competitors.

As Young As You Feel Day

International Day of the Seal

Tags: A Look Back, Celebrity Birthdays, Days of the Year, March 22, Today in History