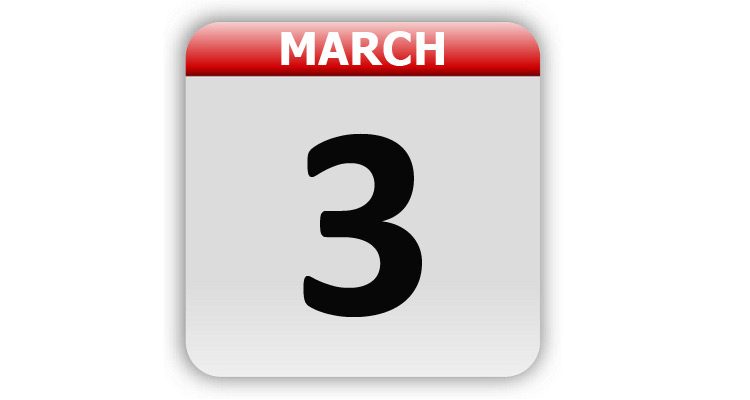 1791 – Congress passed a resolution that created the U.S. Mint.

1803 – The first impeachment trial of a U.S. Judge began. The Judge was John Pickering.

1823 – Congress reorganized the government of the Michigan Territory.

1845 – An Act of Congress established uniform postal rates throughout the nation. The act went into effect on July 1, 1845.

1849 – The Department of the Interior was established.

1849 – The Gold Coinage Act was passed by Congress. It allowed the minting of gold coins.

1851 – Congress authorized the 3-cent piece. It was the smallest U.S. silver coin.

1863 – Free city delivery of mail was authorized by the Postal Service.

1873 – Congress enacts the Comstock Law which made it illegal to send any “obscene, lewd, or lascivious” books through the mail.

1875 – Congress established Mackinac Island National Park (the nation’s second). Twenty years later the Fort and Park are given to the State of Michigan.

1885 – The American Telephone and Telegraph (AT&T) was incorporated in New York, NY, as a subsidiary of the American Bell Telephone Company.

1909 – Aviators Herring, Curtiss and Bishop announced that airplanes would be made commercially in the U.S.

1910 – J.D. Rockefeller Jr. announced his retirement from managing his business so that he can devote all his time to philanthropy. He also appealed to Congress for the creation of the Rockefeller Foundation.

1931 – The “Star Spangled Banner,” written by Francis Scott Key, was adopted as the American National Anthem. The song was originally a poem titled “Defense of Fort McHenry”.

1945 – Superman encountered Batman and Robin for the first time on the Mutual Broadcasting System.

1951 – Jackie Brenston, along with Ike Turner and his band, recorded “Rocket 88” which is often cited as “the first rock and roll record”. They recorded the song at Sam Philips’ recording studios in Memphis, TN.

1969 – Sirhan Sirhan testified in a Los Angeles court that he killed Robert Kennedy.

1991 – In California, an amateur video caught the beating of Rodney King by Los Angeles police officers.

2005 – Steve Fossett became the first person to fly solo around the world nonstop without refueling. He completed a 23,000 mile journey in the plane “Global Flyer” by landing in Kansas.

2008 – Kid Rock pleaded not guilty to five counts of battery and one count of simple battery stemming from a fight at a Waffle House in Atlanta, GA, in October 2007. He was later ordered to perform 80 hours of community service.

2017 – The Nintendo Switch was released worldwide

National I Want You to Be Happy Day

What If Cats and Dogs Had Opposable Thumbs Day

Tags: A Look Back, Celebrity Birthdays, Days of the Year, March 3, Today in History