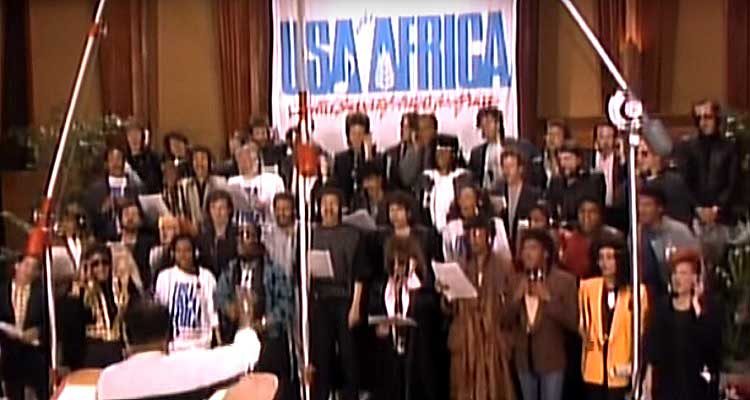 The song and charity single was recorded by the supergroup calling themselves United Support of Artists (USA) for Africa. The song was written by Michael Jackson and Lionel Richie (with arrangements by Michael Omartian) and produced by Quincy Jones. The song sold over 20 million copies. The song went on to win three Grammy Awards, one American Music Award, and a People’s Choice Award. The song and merchandise that was sold raised over $63 million for humanitarian aid in Africa and the United States.

Here is a video of “We Are The World” that identifies the artist and also includes the lyrics. (Unfortunately the video and the audio don’t perfectly match)…

Here is the Wikipedia page for “We Are The World”.

Tags: A Look Back, March 7, Michael Jackson, We Are The World