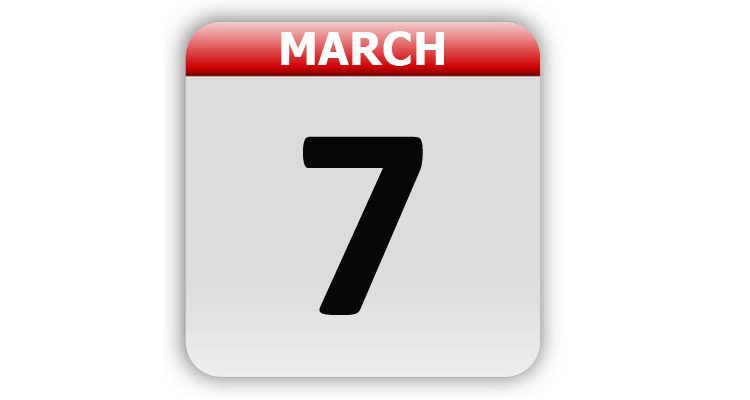 1854 – Charles Miller received a patent for the sewing machine.

1876 – Alexander Graham Bell received a patent for his telephone.

1908 – Cincinnati’s Mayor Leopold Markbreit announced before the city council that, “Women are not physically fit to operate automobiles.”

1927 – A Texas law that banned African Americans from voting was ruled unconstitutional by the Supreme Court.

1955 – “Peter Pan” was presented as a television special for the first time.

1955 – Baseball commissioner Ford Frick said that he was in favor of legalizing the spitball.

1959 – Melvin C. Garlow became the first pilot to fly over a million miles in jet airplanes.

1975 – The U.S. Senate revised the filibuster rule. The new rule allowed 60 senators to limit debate instead of the previous two-thirds.

1986 – Divers from the USS Preserver located the crew cabin of the Space Shuttle Challenger on the ocean floor.

1987 – Mike Tyson became the youngest heavyweight titleholder when he beat James Smith in a decision during a 12-round fight in Las Vegas, NV.

1994 – The U.S. Supreme Court ruled that parodies that poke fun at an original work can be considered “fair use” and do not require permission from the copyright holder.

2007 – NASA dumped “astronut” Lisa Nowak, who strapped on a diaper and drove from Houston, TX to Orlando, FL to confront another woman over the affair both were having with Shuttle Commander Bill Oefelein. Oefelein said that he had broken off his relationship with Nowak, and was involved with the other woman, Air Force Captain Colleen Shipman.

2009 – NASA’s Kepler Mission, a space photometer for searching for extra-solar planets in the Milky Way galaxy, was launched from Cape Canaveral Air Force Station in Florida.

Tags: A Look Back, Celebrity Birthdays, Days of the Year, March 7, Today in History