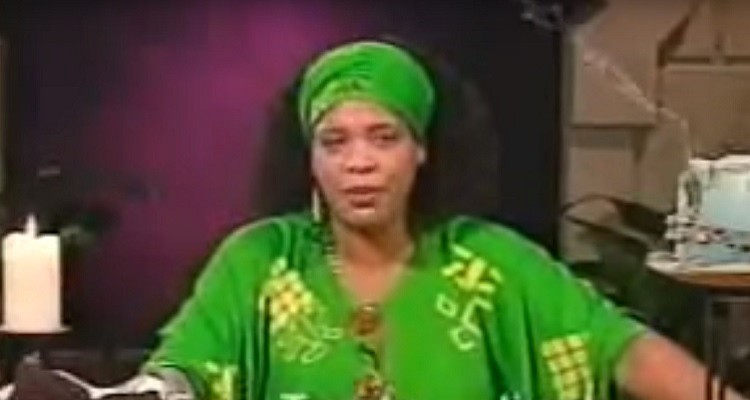 Back in the late 90’s, if you were watching late night TV, you probably heard Miss Cleo tell you to “call me now”.

The iconic TV psychic had died at the age of 53.

Her real name was Youree Harris. She died on Tuesday morning, July 26, 2016 in Palm Beach County, FL. She had been battling cancer. She had been hospitalized until recently. Last week she was taken to a hospice center. She was originally diagnosed with colon cancer, but the cancer spread to her liver and lungs as well.

Miss Cleo was not actually Jamaican. She was born in Los Angeles. Her parents were also U.S. citizens.

In 2001, the Psychic Readers Network was sued in various lawsuits. The following year the Federal Trade Commission charged the company’s owners and promoters with deceptive advertising, billing and collection practices. Harris was not indicted.

After her run on the Psychic Readers Network, Harris had various other jobs, including some voice over work. You can hear her in the video game “Grand Theft Auto: Vice City.”

Here is more information on Miss Cleo from www.wikipedia.org.