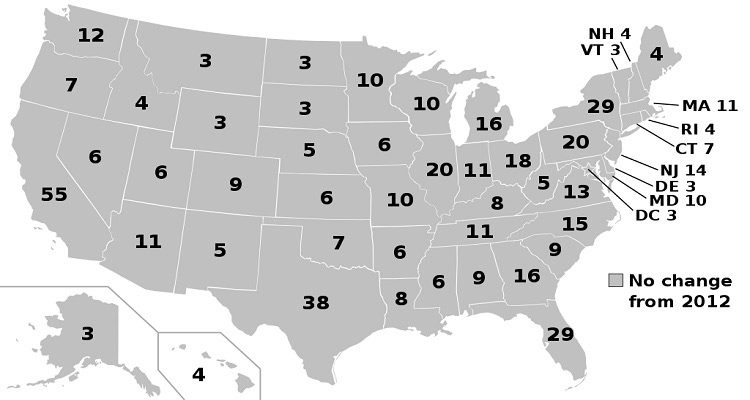 Do We Still Need the Electoral College?

I actually starting writing this blog last weekend…before the election. I had no idea how the election would turn out, but it’s interesting that once again the popular vote (at least with 99% of the precincts reporting) had a different outcome than the Electoral College vote. Hillary Clinton won the popular vote with 59,814,018 compared to Donald Trump’s 59,611,678 votes, but Trump won the election with 306 electoral votes compared to Clinton’s 232 electoral votes.

It does make you wonder how things might have been different if Al Gore had been given the victory due to the popular vote in 2000 over George W. Bush.

Many people sometimes feel that their vote doesn’t have much weight when the outcome is based on the Electoral College results.

So, do you think it’s time to get rid of the Electoral College and base our elections on popular vote? Take part in the poll below.

To read more on the history of the Electoral College, here is the Wikipedia webpage.