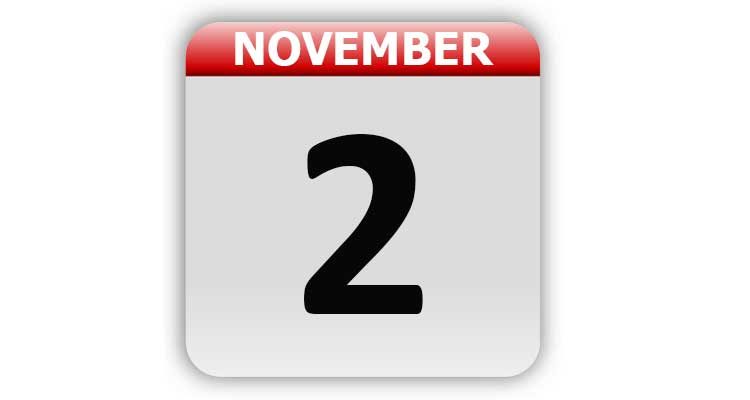 1883 – Thomas Edison applied for a patent for his electrical indicator.

1920 – The first commercial radio station in the United States, KDKA in Pittsburgh, PA, began regular broadcasting. The first broadcast was the results of the Harding/Cox Presidential election.

1930 – The DuPont Company announced the first synthetic rubber. It was called DuPrene.

1947 – Howard Hughes flew his “Spruce Goose” (or H4 The Hercules), the largest fixed-wing wooden airplane, for eight minutes in California. It was the plane’s first and only flight. It was called the “Spruce Goose,” because of the white-gray color of the spruce used to build it. It never went into production.

1959 – A game show contestant on the NBC TV game show “21”, named Charles Van Doren, admitted to a Congressional committee that he had been given questions and answers in advance.

1976 – Former Georgia Governor Jimmy Carter became the first candidate from the deep south since the Civil War to be elected President when he defeated Gerald R. Ford in the election.

1986 – American hostage David Jacobson was released after being held in Lebanon for 17 months by Shiite Muslims kidnappers.

1992 – Magic Johnson retired from the NBA again, this time for good.

1995 – Jerry, George, and Elaine found out there was no soup for them when the “Soup Nazi” episode of TV’s “Seinfeld” first aired.

2001 – The computer-animated movie “Monsters, Inc.” opened in the United States and recorded the best debut ever for an animated film and the 6th best of all time.

2004 – Californians endorsed a referendum to fund embryonic stem cell research. California became the first state in the nation to do so.

2016 – The Chicago Cubs defeated the Cleveland Indians in the World Series. That victory ended the longest Major League Baseball championship drought at 108 years.

International Day to End Impunity for Crimes Against Journalists

Tags: A Look Back, Celebrity Birthdays, Days of the Year, November 2, Today in History