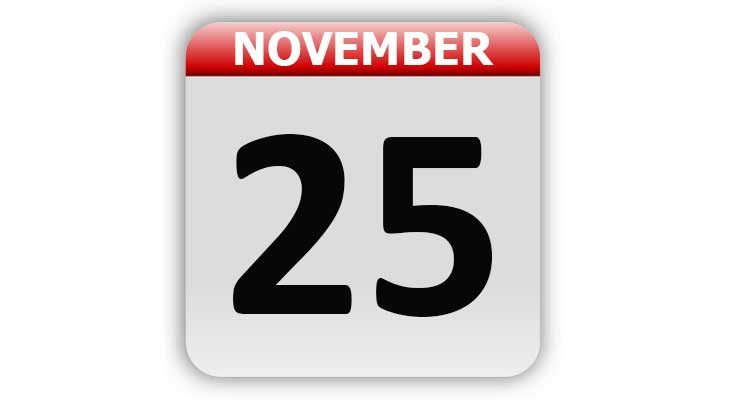 1715 – Sybilla Thomas Masters became the first American to be granted a patent for cleaning and curing Indian corn.

1951 – Steam power ended on the Pere Marquette Railroad as the last active “Berkshire” engine was sent to Grand Rapids, MI to be decommissioned.

1992 – The movie “The Bodyguard” was released in theaters.

1999 – Elian Gonzales, a young Cuban boy who became the subject of a furious legal battle, was rescued by fisherman while floating in an inner tube off the coast of Florida.

2008 – The Rock and Roll Hall of Fame opened a New York annex, focused on artists from New York, New Jersey and Connecticut.

2018 – The Camp Fire, in northern California, was finally contained after it destroyed 18,793 structures and killed 88 people.

International Day for the Elimination of Violence Against Women Day

Tags: A Look Back, Celebrity Birthdays, Days of the Year, November 25, Today in History