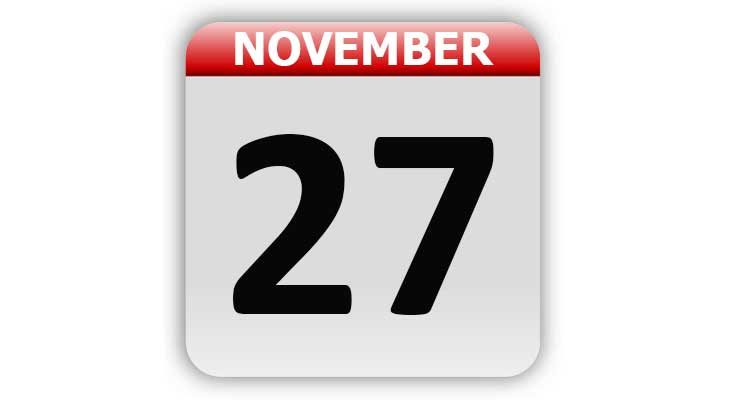 1845 – Grand Rapids’ first bridge over the Grand River at Bridge Street was completed.

1889 – Curtis P. Brady was issued the first permit to drive an automobile through Central Park in New York, NY.

1945 – CARE (then known as the Cooperative for American Remittances to Europe) was founded to send CARE Packages of food relief to Europe after World War II.

2002 – President Bush appointed former Secretary of State Henry Kissinger to lead an independent inquiry into causes of the 2001 terrorist attacks.

2009 – A 911 call from a neighbor of Tiger Woods, in Orlando, FL, reporting that the golfer had crashed his SUV outside his home unleashed a huge scandal over his infidelity that led to a divorce, the termination of millions of dollars of endorsement deals and a major blow to his previously squeaky-clean image.

Tags: A Look Back, Celebrity Birthdays, Days of the Year, November 27, Today in History