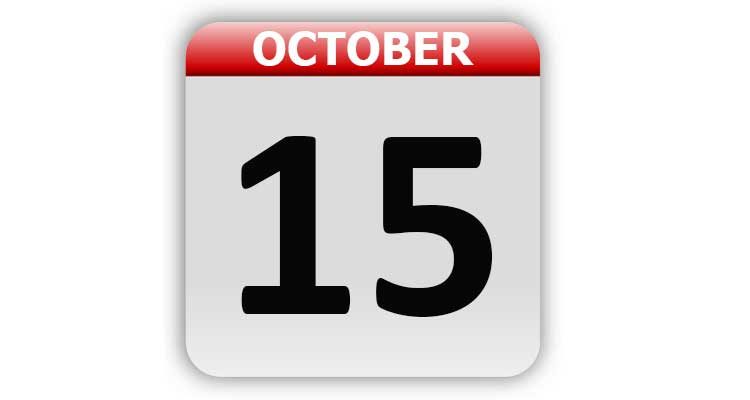 1860 – 11 year old Grace Bedell wrote a letter to Presidential candidate Abraham Lincoln. In the letter she said that Lincoln would look better if he would grow a beard.

1892 – The U.S. government announced that the land in the western Montana was open to settlers. The 1.8 million acres were bought from the Crow Indians for 50 cents per acre.

1928 – The German dirigible Graf Zeppelin landed in Lakehurst, NJ, on its first commercial flight across the Atlantic.

1966 – President Lyndon B. Johnson signed a bill creating the Department of Transportation.

1966 – In Illinois, Cahokia Mounds was added to the U.S. National Register of Historic Places.

1966 – The First Bank of the United States was listed on the National Register of Historic Places.

1973 – The U.S. Supreme Court refused to review a 1971 Federal Communications directive that broadcasters censor from the airwaves songs with drug-oriented lyrics.

1984 – The Freedom of Information Act was passed.

1991 – Despite allegations by Anita Hill of crude sexual harassment, the Senate confirmed Clarence Thomas as a Supreme Court justice by a vote of 52-48.

1996 – Tommy Lee (Motley Crue) was charged with attacking a cameraman that was trying to take pictures of him and his wife Pamela Anderson Lee.

1997 – The Cassini-Huygens mission was launched from Cape Canaveral, FL. On January 14, 2005, a probe sent back pictures of Saturn’s moon Titan during and after landing.

2009 – A Colorado family named Heene riveted national attention when a homemade balloon tethered in their backyard floated away, reportedly with their six-year-old son on board. After a media frenzy, it turned out to be a hoax by the father, who had dreams of turning his family into reality TV stars. He later pleaded guilty to a felony charge, his wife to a misdemeanor.

Tags: A Look Back, Celebrity Birthdays, Days of the Year, October 15, Today in History