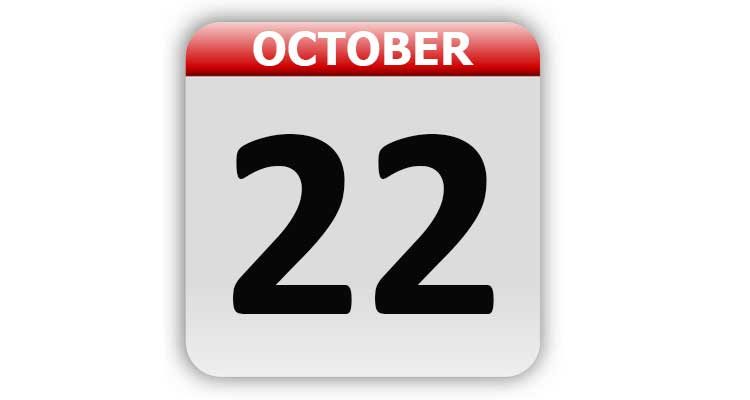 1797 – Andre-Jacques Garnerin made the first recorded parachute jump. He jumped from about 3,200 feet.

1907 – The Panic of 1907 began when depositors began withdrawing money from many New York banks.

1929 – The railroad ferry, S.S. Milwaukee, was lost in a huge Lake Michigan storm. Fifty-two men were lost. The ferry carried railroad cars across the big lake from Grand Haven, MI to Milwaukee, WI.

1939 – An NFL football game was televised for the first time. Alan “Skip” Walz called the play for NBC’s experimental station as the Brooklyn Dodgers defeat the Philadelphia Eagles 23-14 at Ebbets Field.

1948 – The Xerox copier was introduced 10 years after it was invented.

1966 – The Supremes became the first all female music group to attain a #1 selling album.

1968 – Apollo 7 splashed down in the Atlantic Ocean after orbiting the Earth 163 times.

1976 – Red Dye Number 4 was banned by the U.S. Food and Drug Administration after it is found that it caused tumors in the bladders of dogs.

1981 – The Professional Air Traffic Controllers Organization was de-certified by the federal government for its strike the previous August.

1982 – Epcot Center, at Disney World in Orlando, FL, had its formal grand opening.

2010 – The International Space Station set the record for the longest continuous human occupation of space at 3,641 days. It had been continuously inhabited since November 2, 2000.

Tags: A Look Back, Celebrity Birthdays, Days of the Year, October 22, Today in History