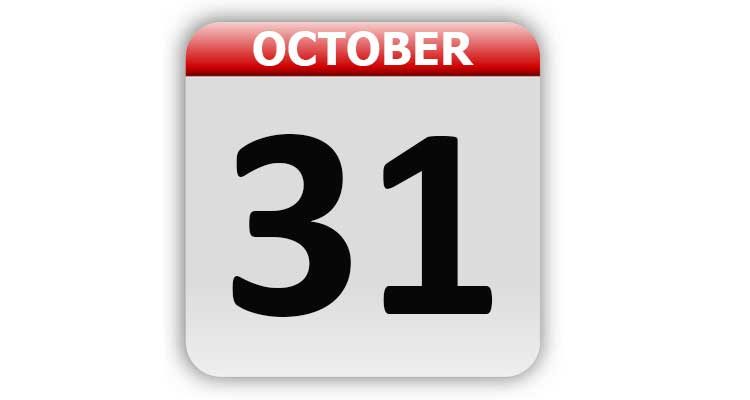 1913 – The Lincoln Highway was dedicated. It was the first automobile highway across the United States. It ran from Times Square in New York, NY to Lincoln Park in San Francisco, CA.

1926 – Magician Harry Houdini died of gangrene and peritonitis resulting from a ruptured appendix. His appendix had been damaged twelve days earlier when he was punched in the stomach unexpectedly by a student. During a lecture Houdini had commented on the strength of his stomach muscles and how he had the ability to withstand hard blows.

1941 – After 14 years of work, Mount Rushmore in South Dakota was declared finished. At the time the 60-foot busts of Presidents George Washington, Thomas Jefferson, Theodore Roosevelt and Abraham Lincoln were declared done as funding for the project ran out.

2000 – In a deal with German media giant Bertelsmann, Napster agreed to charge fees to download music over the Internet.

2000 – Soyuz TM-31 launched, carrying the first resident crew to the International Space Station. The I.S.S. has been crewed continuously since then.

2001 – Microsoft and the U.S. Justice Department reached a tentative agreement to settle the antitrust case against the software company.

2011 – The global population of humans reached seven billion. The day is now recognized by the United Nations as Seven Billion Day.

2014 – Virgin Galactic’s SpaceShipTwo crashed in the Mojave Desert during a test flight.

Tags: A Look Back, Celebrity Birthdays, Days of the Year, October 31, Today in History